Every year around this time, we get a spike of interest in tree planting jobs.

Every year around this time, we get a spike of interest in tree planting jobs. There are always tons of questions that people ask about the job. Here are 5 of the most common ones we get.

While we don’t have any tree planting jobs available at this time, you can still check out our careers page for a list of openings. If you need help finding a tree planting job, this blog can point you in the right direction.

Where do you shower?

Every tree-planting camp has a shower(s). That’s the law. Do you want to use them? That depends where you are in the country or what company you’re working for.

From my own personal experience, showering in a B.C. bush camp is far more common than showering in camp in the rest of the country. This is likely due to two factors, 1) the rules and regulations which outline the ways in which a planting camp should operate are far more robust in the west, and 2) it’s more likely that if you are working east of the rockies, going to town on days-off are a far more common occurrence.

If you’re working east of the rockies and don’t feel like freshening up under a makeshift garden hose which trickles cold water, you’re probably going to want to hold out for day-off.

Where do you sleep? 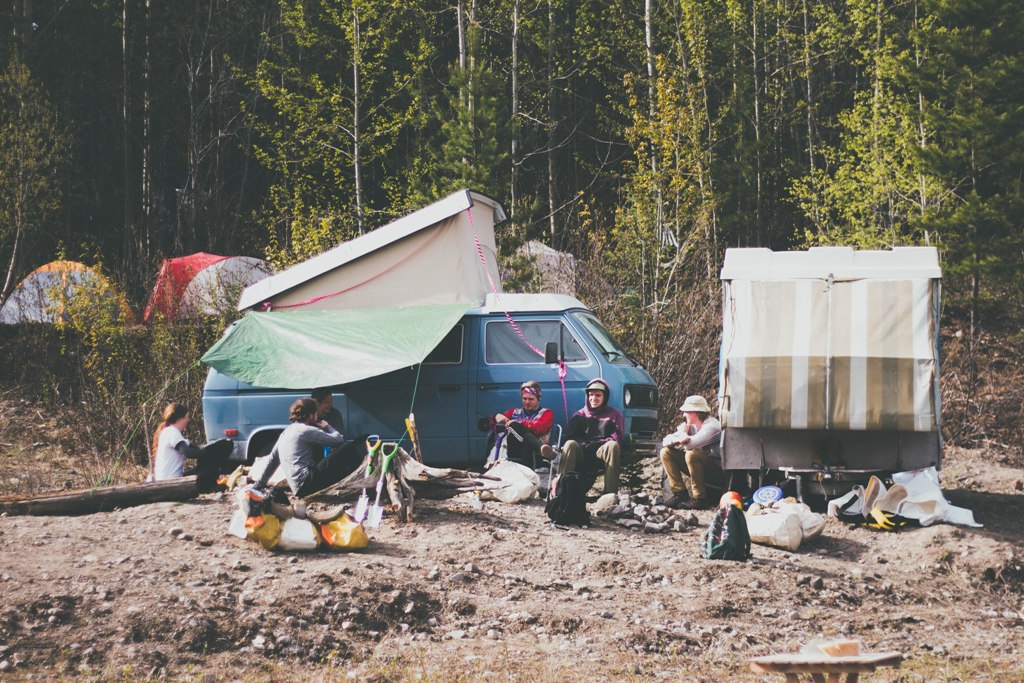 Tree planting camps are usually set up in abandoned clearcuts or spent gravel pits, in as close proximity to the blocks as possible. Over the years, I have stayed in mining camps, parking lots, cow pastures, forests, motels, cabins, clear cuts and gravel pits.

Camp costs are charged to each planter daily, this fee usually ranges from $20 to $30 and helps to subsidize the cost of food, equipment and fuel. Don’t worry, camp costs are deducted from your pay, you won’t have to front the money.

Do you get paid to plant trees?

Most tree-planters work really, really hard. It’s estimated that a good tree-planter will burn just as many calories in a day as a marathon runner. So yes, tree-planters are paid a piece rate, that is 7 to 10 cents per tree, depending on a number of factors.

By becoming more efficient at their jobs, tree-planters have been able to increase their own wages to keep up with inflation. The average tree planter will plant around 2,500 trees per day.

How long are the hours?

Hours and shifts are set at the discretion of project managers, but most camps will aim to have a clear start and end-time. Depending on experience in the camp, these hours can be more flexible, but an ideal day will last 11 hours and be five days long. Starting at 7:00 AM is good rule of thumb, it allows for plenty of free time off at the end of the day.

Aren’t there bears out there?

Yes, there are bears out there. If you’re working in bear country, east of the rockies and west to the water, most camps will have bear fencing (electric) set-up to safeguard planters from curious yogis.

Black bears are a bigger issue for planting camps because they’re taken less seriously. “Bear country” means grizzly bears are around — not black bears. Though black bears have a tendency to get into tents and cook shacks if excess garbage is lying around camp, they are less threatening than a grizzly face-on. If you encounter a black bear, yell at it. Grizzly bear? The forests service advises, “play dead”. Let’s hope none of us ever finds ourselves in this situation.

It is critical that all garbage is picked-up and thrown-out everyday. A garbage cache should be kept far away from any camp — the further the better.

Big Change Starts Small, Everything You Do Adds Up