How Many Trees Are in the World Today vs 100 Years Ago?

As a brand, planting trees is a high priority for us.

Changes in the Last Hundred Years

The U.S. has been steadily adding back forests since the 1940s. According to The North American Forest Commission, we have two-thirds of the trees that we had in the year 1600. But the news isn’t all good – cities in the US have been quickly losing critical urban forests.

But overall, the U.S. has 8% of the total forests in the world and reached a point in 1997 where growth  “exceeded harvest by 42%,” and we were growing forests at a rate of roughly four times faster than we were in 1920 when our chop-happiness began to level out due to environmental and recreational concerns regarding timber harvest. 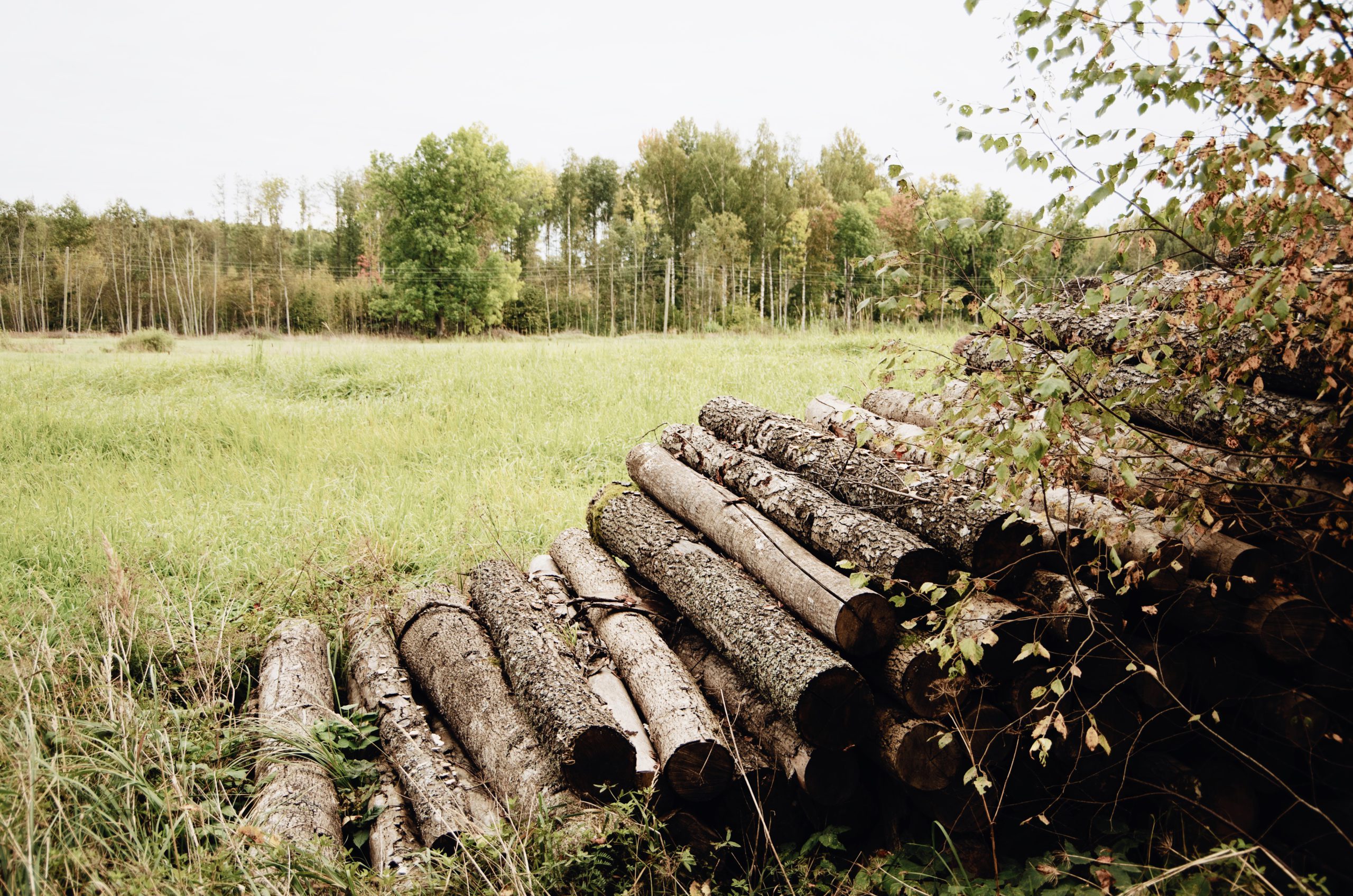 The total tree gains have been most heavily concentrated on America’s eastern coast, where trees have doubled in the last 70 years. The eastern shore was home to the most aggressive timber harvests after being hit by waves of arriving European colonizers in the 17th Century.

Related: What is the impact of 1 tree?

Colonizers did not reach the West Coast until much later, and so the economy of the West–particularly the Northwest–continues to rely more heavily on the Timber industry, meaning that our numbers over here in Oregon have been less impressive than the East Coast. They have had more time to transition away from a timber economy.

The increase in national forests has been influenced by a number of factors, including massive re-planting initiatives that began to grow after WWII and had a flourish of activity starting in the early 1950s, recreational re-purposing of land previously earmarked for timber harvest, stricter laws regarding how and how much timber harvesting can occur on forest lands (such as the Northwest Forest Plan, adopted in 1994), and environmentally-minded owners of private forest land.

Two recent developments have also led to more forests cropping up and being safeguarded from timber harvest. One reason is the increasing public pressure to adopt carbon cap-and-trade policies such as California’s Assembly Bill 32, which require companies responsible for huge carbon pollution to retool their industry and offset their carbon by, for example, buying large plots of privately-held forest land and leaving them alone to do their business of carbon conversion and sequestration. 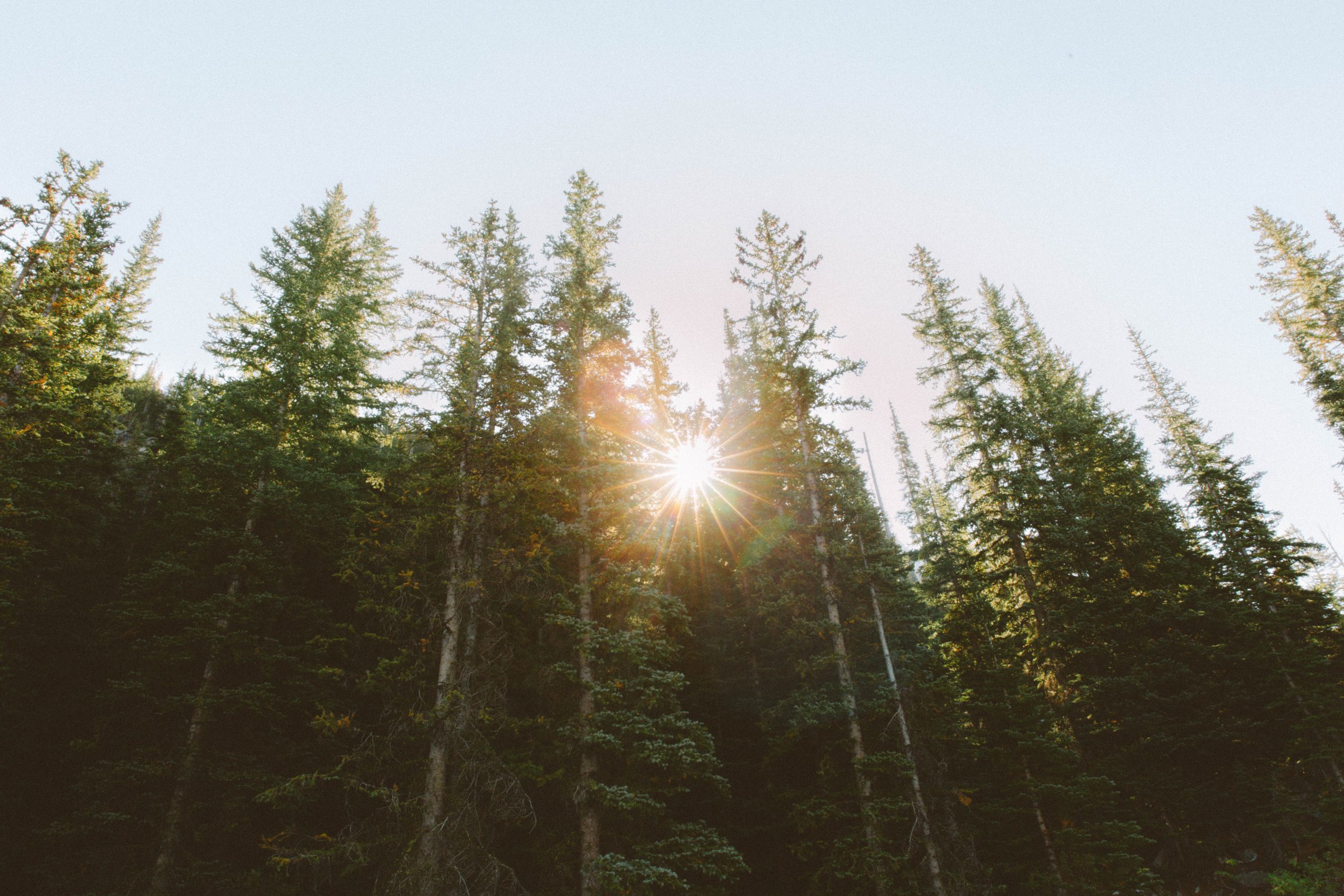 Another development is large tech companies such as Facebook and Google, which have built large-scale data farms in the Northwestern United States, whose colder climate cuts down on the cooling costs and, hence, carbon output. It makes a compelling case for leaving canopies of trees that prop up what is one of only two major temperate rainforest areas in the world.

By changing the rules to guide the economy away from timber extraction and the capitalization of other finite resources, we can begin to set up the incentives necessary to lead us in the right direction regarding environmental stewardship.

The increase in our forests is good news for the U.S., as trees are amazing little engines that could when it comes to carbon conversion and sequestration.

So How Many Trees are in the World?

Thomas Crowther, a Postdoctoral Fellow at the Yale School of Forestry and Environmental Sciences from 2012 to 2015, is the leading force behind why we know the approximate number of trees on the planet. At the time, his friend was working with a UN youth organization seeking to plant 1 billion trees to combat the effects of climate change. But nobody at the time knew what the likely effect of 1 billion trees would have on climate change, what percent of the world’s trees 1 billion would account for, or even how many trees there were on the planet in the first place. 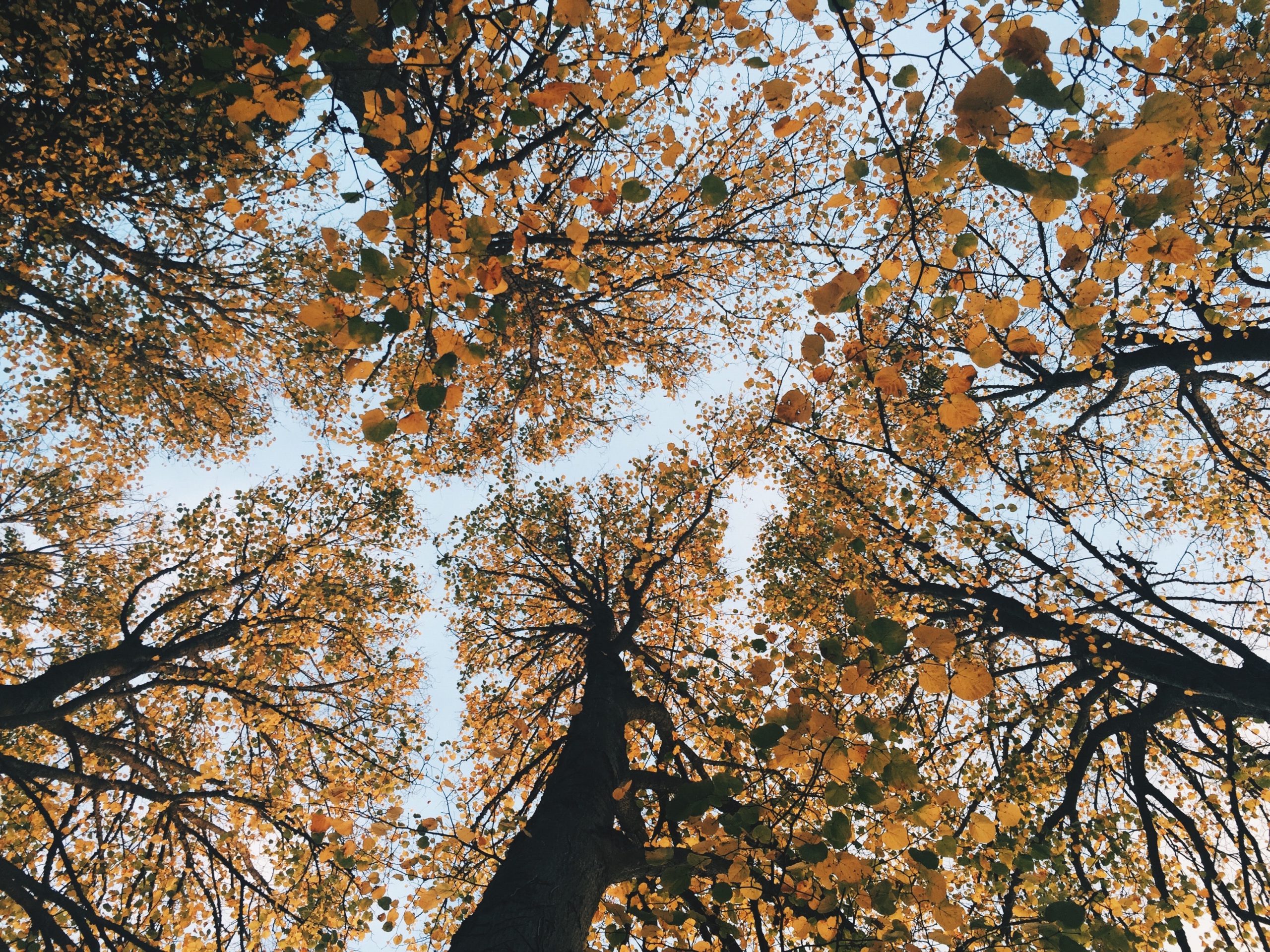 Crowther found that there are approximately 3.04 trillion trees exist on the planet today–a mind-boggling number, especially compared with previous estimates that had not yet guessed the Earth had even a half-trillion trees.

However great the news is that we’re adding trees back in the United States, there are still serious concerns about worldwide tree harvests. We have chopped the total number of trees in half since the advent of humans on our surface. Some countries have begun to push back with aggressive tree-planting projects. Ireland, for example, has committed to planting 440 million trees to combat climate change.

Today, annual tree harvest vs. production on a worldwide scale shows that humans cut down approximately 15 billion trees a year and re-plant about 5 billion. That’s a net loss of 10 billion trees every year, and a rate that would mean the loss of all trees within the next 300 years. That sounds like a long time, but your great-great-great-grandchildren may not have the same perspective as you do on that topic. 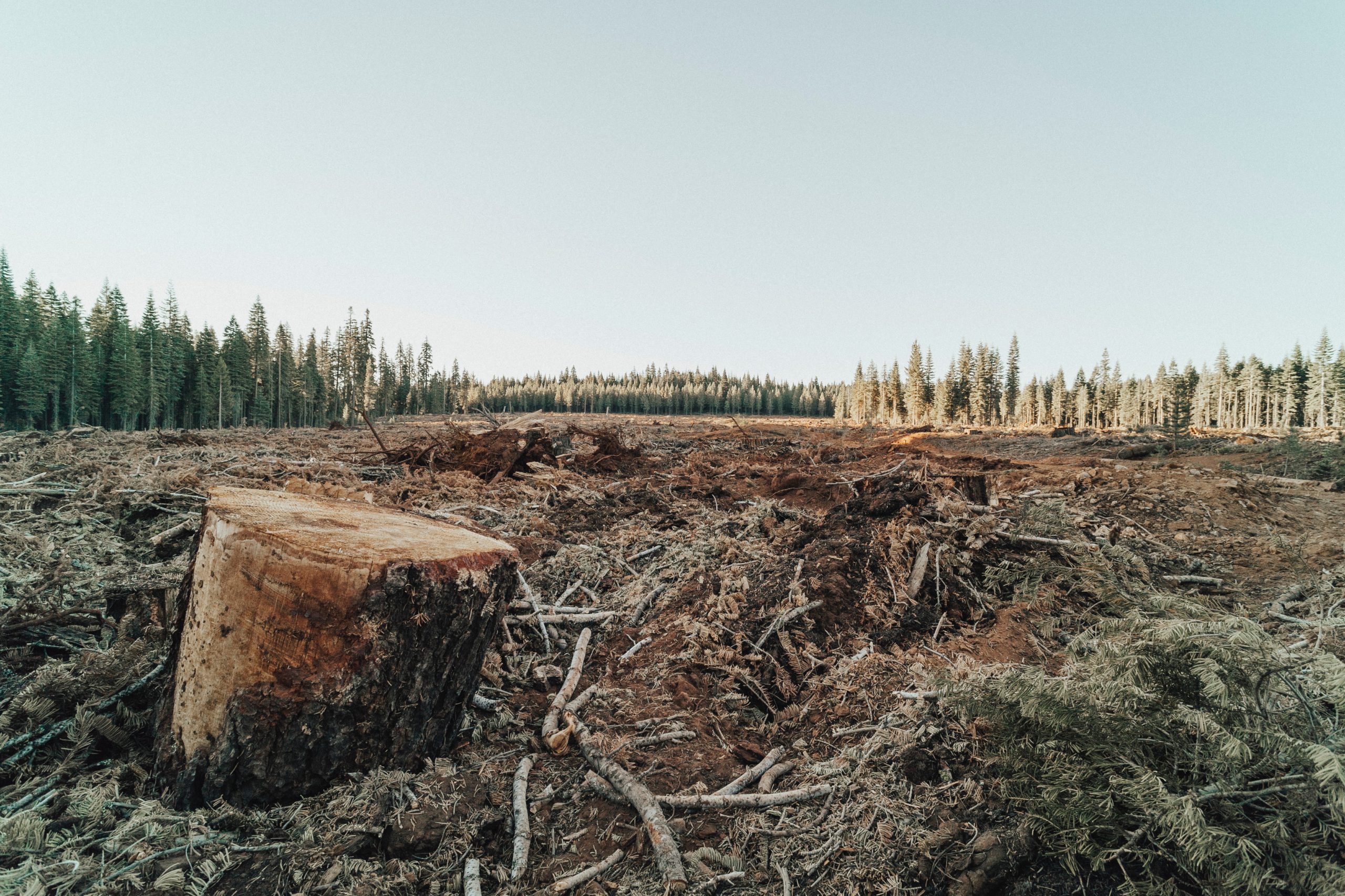 Tree issues, like human issues, are complicated. While the U.S. has made major strides in adding trees back to our country, for example, we need to be mindful of the kinds of trees we are adding back and their effect on destroying or supporting the ecosystems we depend on. For example, tropical forests are being mowed down faster than any other kind of forest, and those forests provide some of the most important keys to unlocking a cure for cancer, for example, among a growing number of medicinal properties found in plants and animals in tropical climes.

Mono-cropping can be a major problem–meaning that you cut down eight different types of trees and re-plant with only one kind of tree. Government action–or, more appropriately, people working collectively using their government as a tool–is the linchpin for our dramatic success in the past hundred years. We must demand good science based on sustaining the numbers and types of trees we need in each local environment. We also need to show continuing support and put continuing pressure on developing countries to seek out and utilize good scientific models to safeguard their forests. You don’t have to hug a tree to know how important they are to sustaining life on Earth, and you should be glad that they’re making a comeback in some of the world’s major nations.

Let us belt out three cheers for this progress, and let us also continue supporting the science of trees and their effects on our ecosystems. Let us also demand strong action by the government to protect our trees for the benefit of the generations that come after us.

Check out the work we’re doing to plant 1 billion trees by 2030.