Origin Stories: The Parka and Puffer

Learn how these winter jackets came to be and our new sustainable take on these iconic styles.

It comes as no surprise that the parka and the puffer, two of the most iconic winter jackets, were born from a need to stay warm in freezing temperatures. While the materials and designs have evolved over time, they still remain one of our best lines of defense against the cold. As we launch a new generation of sustainably made parkas and puffers, we’re looking back and exploring the origins of these cold-weather essentials.

The warmest jacket in our new Earth-first collection, the parka traces its roots back to one of the world’s most extreme winter climates, our own Canadian arctic. Created by the Caribou Inuit, the parka was originally designed as a heavy pull-over jacket crafted from seal or caribou skin and coated with fish oil for waterproofing. As Europeans adopted the style and clothing materials and production techniques began to evolve in the 1900s, the design of the parka began to change. 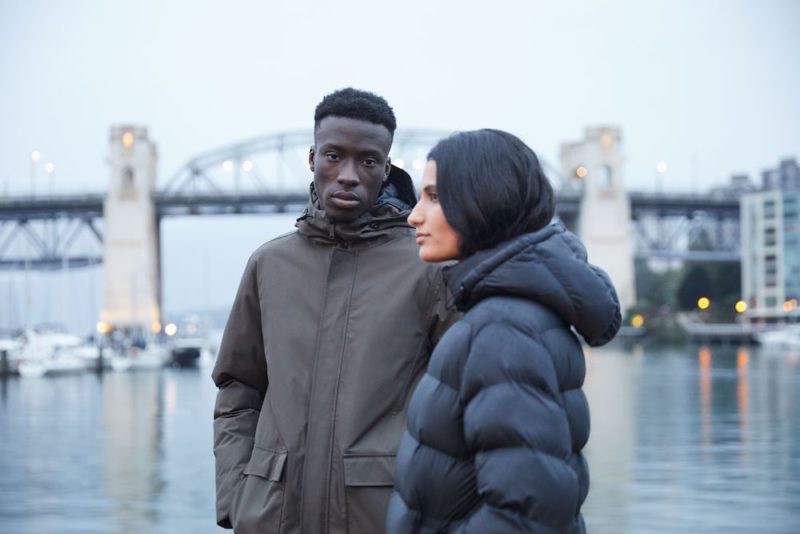 As the materials evolved from furs to synthetics, the Canadian military adopted the oversized jackets and sent them to soldiers and pilots stationed in the north. The oversized design easily fit over the military’s bulky uniforms, and soon the parka became a necessity for soldiers, explorers, and scientists who ventured into our planet’s colder climates.

As the parka became more widespread and consumers enthusiastically adopted the look, more flattering fits came into fashion and the open-front jacket we know today became the norm.

The origin story of the puffer jacket starts with a close call with hypothermia. Eddie Bauer, the owner of a sporting and hunting goods shop in Seattle, was out on a fishing trip and nearly died from exposure when his wool sweater froze from the rain. After the incident, Bauer clearly saw the need for a light, warm and waterproof jacket that could protect against the bad weather he experienced on this trip. In 1940, the first puffer was born when he patented a waist-length quilted jacket, known as the Skyliner. 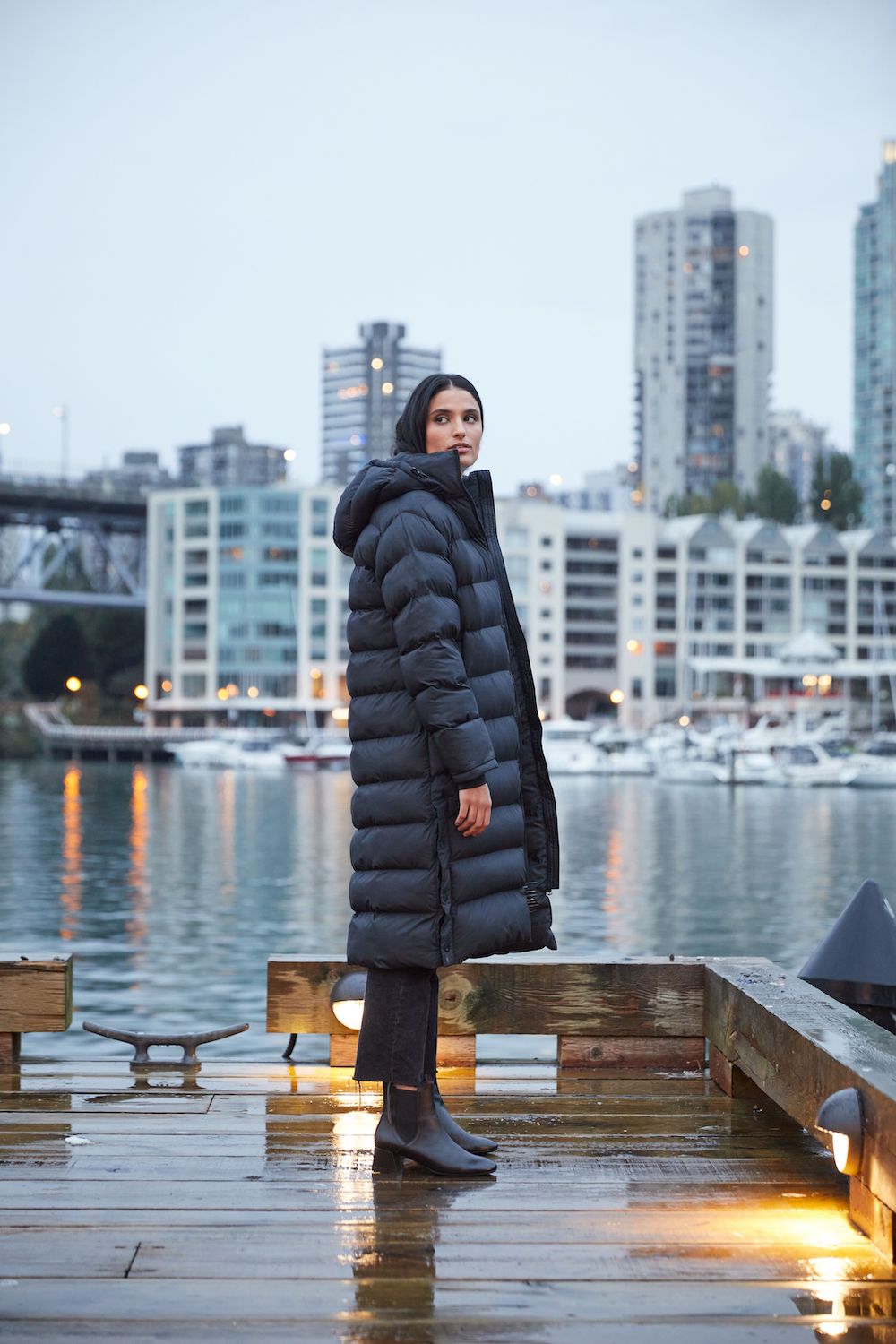 While Eddie Bauer set the design foundations, New York designer Norma Kamali created the longer version of the puffer we love to wrap ourselves up in today. While on a camping trip in upstate New York, inspiration struck. The weather was chilly, and when nature called in the middle of the night, Kamali wrapped her sleeping bag around her shoulders before leaving her tent in an attempt to stay warm. After returning home from her trip, she was inspired by how effective the covering was and cut her first coat pattern directly from the sleeping bag. She went on to launch her first sleeping bag coat in 1973, which still sells today.

At tentree, we’re continuing the evolution of these iconic jackets by introducing a new element of sustainability. As we navigate our way through a climate crisis, we’re well aware that if we don’t make some changes to how these pieces are produced, there might not be a need for them in the future as our planet continues to warm up.

With this in mind, we created a collection of jackets that are guaranteed to warm you up but keep things chill for the planet. Our Earth-first takes on these legendary designs are made from 99% recycled materials (because 100% doesn’t exist) and opts for recycled vegan insulation, making them your most sustainable option. 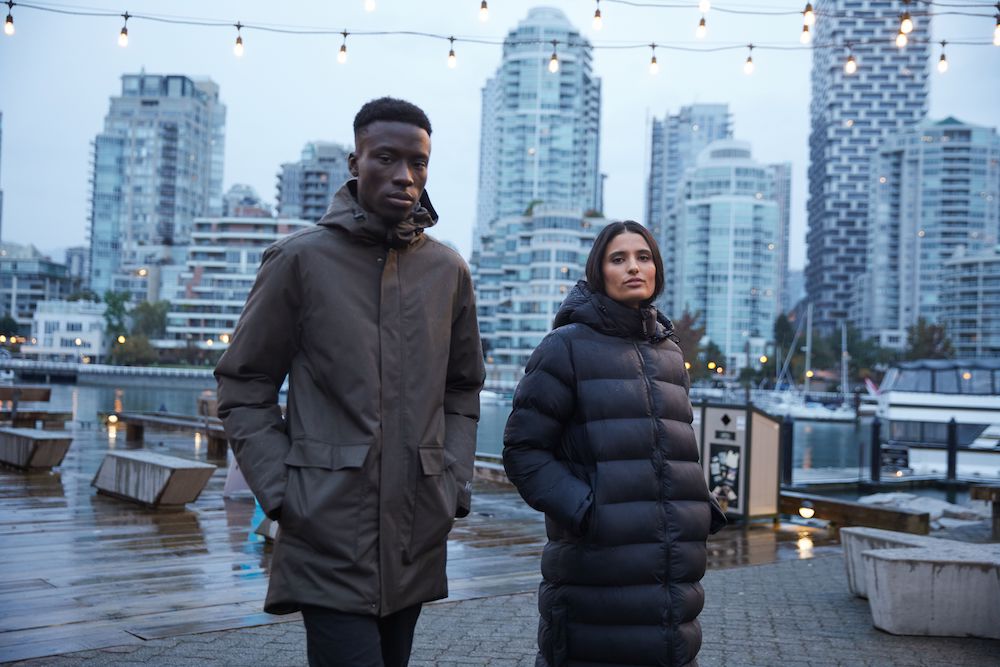 Leave your sleeping bag for camping, and shop the men’s and women’s collection that’s guaranteed to get you outside whatever the weather.

The Corduroy Looks You Need for Fall

Sustainable Sides To Add To Your Thanksgiving Menu

Origin Stories: The Parka and Puffer

How To Care For Your Outerwear

4 Tips For Sustainably Updating Your Wardrobe

7 Tips For Cycling In The Rain

What We’re Reading This Fall

The Most Sustainable Way to Wash Your Hair

Shifting with the Seasons: How To Prepare for Fall

Eco-Friendly Ways to Dispose of Your Old Underwear

Get To Know The Goods

A Guide to Eco-Friendly Sunscreens

The Art Of Transitional Dressing