A brief history on the iconic Smokey Bear and his legacy of wildfire prevention.

Smokey says, “Only you can prevent wildfires.” But who is Smokey? Here’s a rundown on the iconic bear.

To start, we go back to World War II. When Japan attacked Pearl Harbour in 1941, it shook Americans to witness destruction on their home soil. Fear spread about further attacks, and the devastation that bombshell explosions could have through igniting raging wildfires. Since experienced firefighters were deployed, it was up to local communities to deal with fires the best they could.

As protecting the forests became a national priority, a new idea was born. If people could be encouraged to be more careful, maybe some of the wildfires could be prevented. So the U.S. Forest Service teamed up with the National Association of State Foresters and the Ad Council (then the Wartime Advertising Council) to create the Cooperative Forest Fire Prevention (CFFP) program and began to spread the word about wildfire-prevention to the public. 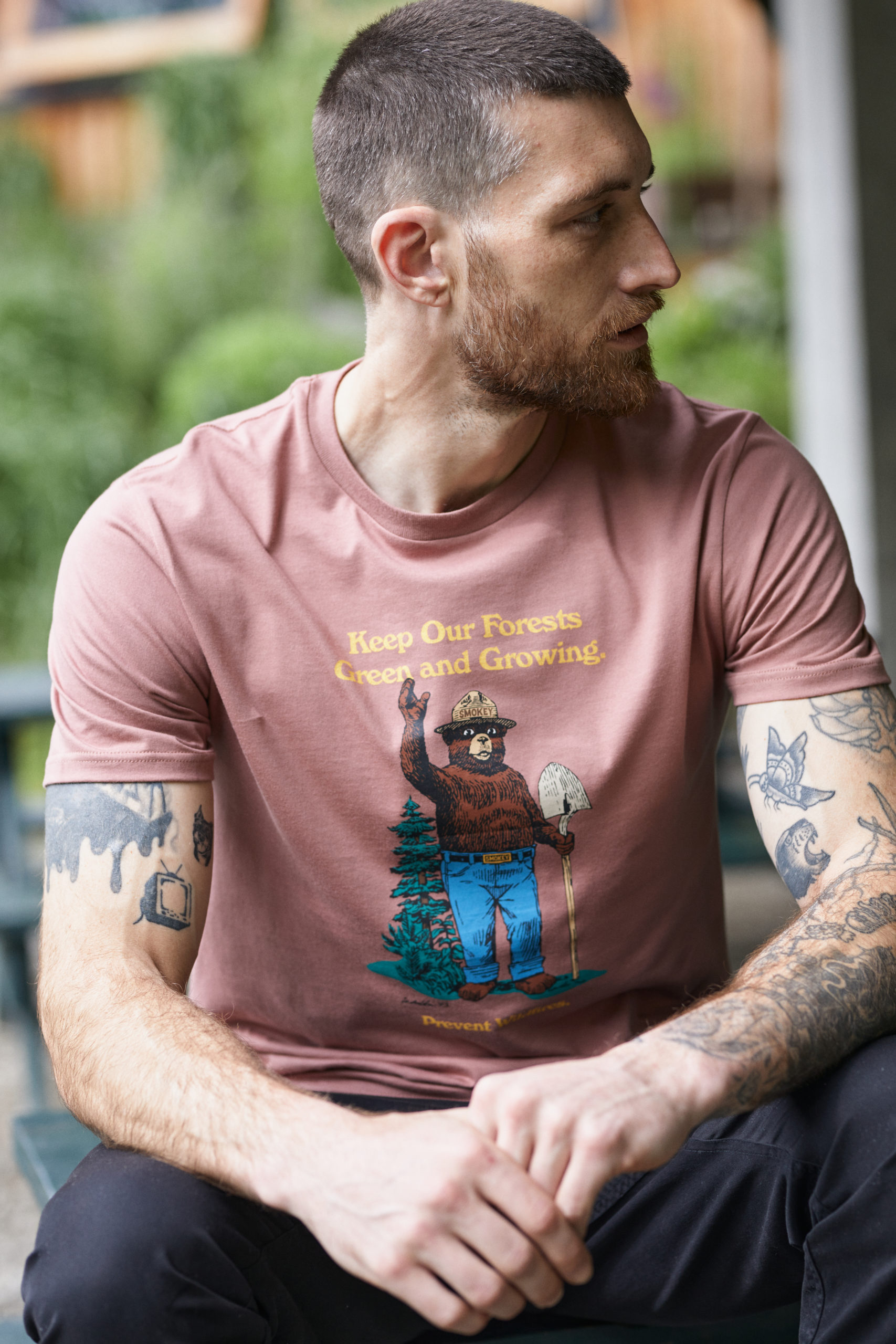 Fun fact: Smokey wasn’t the first animal symbol to lead the fight against wildfires. In 1942, Disney’s “Bambi” was released, and Disney allowed the CFFP program to use the film’s characters on their 1944 campaign poster.

The “Bambi” poster was a huge success and proved that having an animal as a wildfire prevention symbol was an effective way to get the message across. The problem was that Disney only loaned its characters to the campaign for one year. The CFFP needed to find an animal symbol to head up their cause that belonged to them, and a majestic, powerful bear seemed fitting.

So in August of 1944, Smokey Bear was authorized by the Forest Service, and the first poster delivered on October 10, depicting Smokey pouring a bucket of water on a campfire. Everyone loved Smokey, and he quickly started to show up on more posters and cards, and his popularity has only grown since.

What about Smokey Bear’s iconic line about wildfire prevention? His original catchphrase was “Smokey Says – Care Will Prevent 9 out of 10 Forest Fires.” It was changed in 1947 to “Remember… Only YOU Can Prevent Forest Fires.” The current version of “Only You Can Prevent Wildfires” was established in 2001 in response to a huge outbreak of wildfires in natural areas other than forests. It clarified Smokey’s message — he promotes the prevention of all kinds of unwanted and unplanned outdoor fires on the United State’s forests and grasslands. 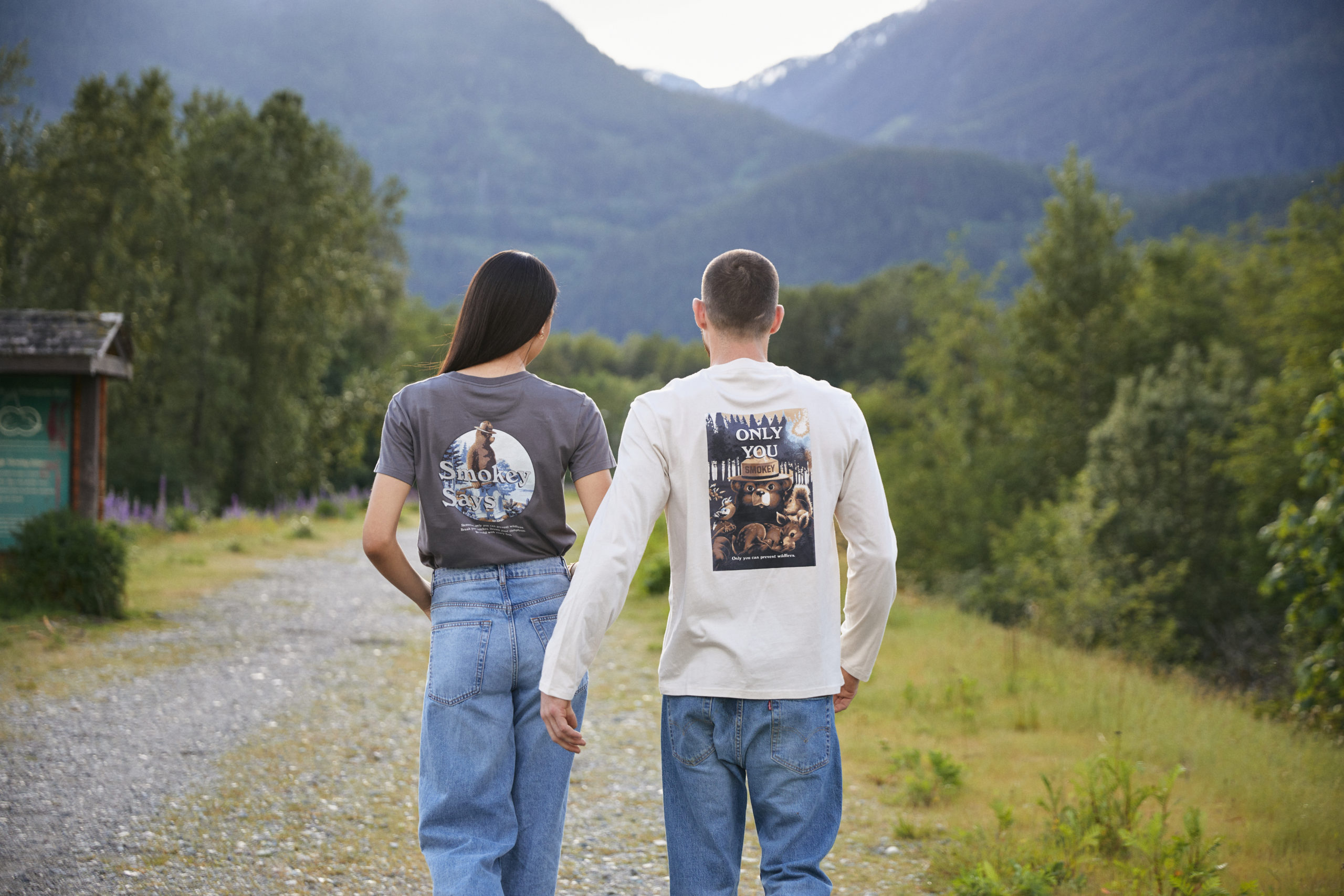 The Wildfire Prevention Campaign is the longest-running public service advertising campaign in United States history, and has educated generations of Americans in their role of preventing wildfires. Smokey’s image is administered by the USDA Forest Service, the National Association of State Foresters and the Ad Council. Even though Smokey’s message has been well-received for decades, wildfire prevention is still a huge issue globally. What Smokey says is just as relevant and urgent now as it was in 1944.

Want to plant with us and spread Smokey’s message on wildfire prevention?