The 5 Best Things About Getting A Tree Planting Job

Planting trees is what we’re all about.

Planting trees is what we’re all about. We plant 10 for each item purchased in our store! None of it would be possible without an army of dedicated tree planters.

Recently, we talked about how to get a job planting trees and there was a great deal of interest! Sadly, we’re not offering any tree planting jobs right now, but many organizations are. Planting trees for a living is not easy. If we’re being honest, there are some serious down sides to the job. But it’s not all blistered hands and sunburnt skin. Here are 5 awesome things about working a tree planting job.

1. Getting some alone time. 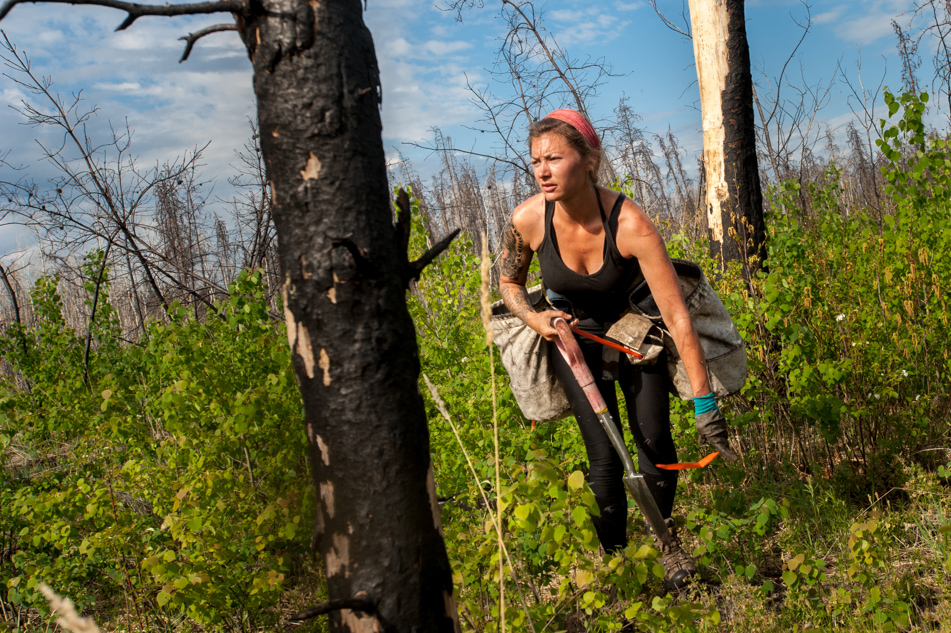 While the isolation of camp can be viewed as a bane among many planters, with the right attitude, it can be a wonderful escape from the pressures of city life. Really you only have one responsibility, heading to the block and planting as many trees as you can every day.

The bush can be a great place to catch up on reading, writing, thinking, with little else to distract you. It’s also unavoidable that you’ll get to know the people in your camp on a more intimate level in less time than you would normally.

Besides this, it can be awe inspiring to be out on the block and spot a Grizzly or Black Bear on the far side of your piece, watch Bald Eagles soar over head, or have a family of Moose cross the road in front of your truck. The landscape too can be incredibly beautiful in it’s isolation, kilometre on kilometre of untouched forest stretching out before your eyes, climbing up the mountains rising in the distance, interrupted only by crystal clear lakes peaking out amongst the trees.

It’s a beauty that few people get a chance to see, and is undoubtedly one of the highlights of going tree planting. 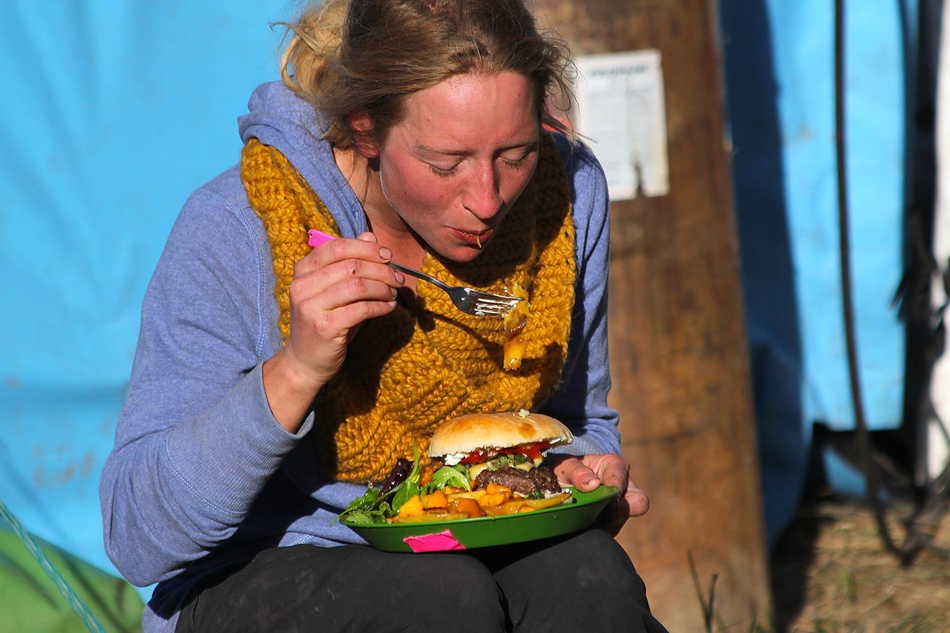 The food, it’s often said, makes all of planting worth it. There are few better moments during the day than making your way into the serving tent and getting your first glimpse of the source of the delicious aromas that have been wafting through camp since you got back from the block. The cooks really go all out to make sure the planters are well fed, and in return, the cooks receive a god-like status in the camp.

While you may be forced to do without a lot of the comforts of home during the length of the season, it’s entirely likely that you’ll never eat as well over a three month span for the rest of your life, as those three months a year you spend planting. 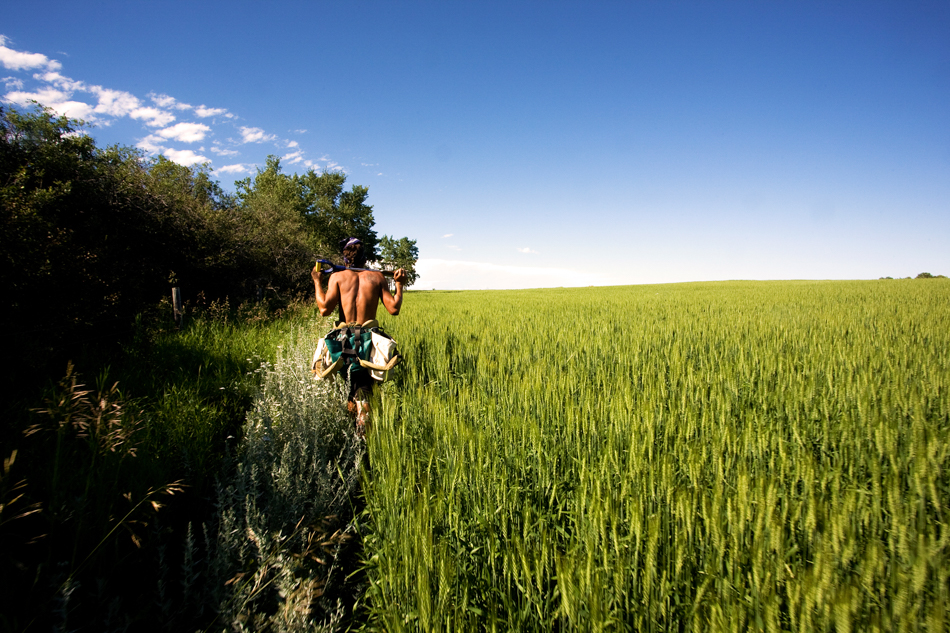 Every year foreman at tree planting companies turn down dozens of applicants citing personal growth when asked, “Why do you want to go tree planting?” For the record, there is only one correct answer to that question as far as foremen are concerned, at that is, “I want to make a lot of money.”

The fact of the matter is that most of these applicants are idealistic 18 year old kids having just graduated high school, looking for a transformative experience. Most of these people will make it two weeks into the season before deciding that getting eaten alive by bugs and working their ass off every day for three months isn’t really the transformative experience they were looking for.

Despite this, tree planting can be an incredibly transformative experience for many if not most planters. This however, tends to be a byproduct, and should by no means be the main reason to apply. As is often the case with paradigm shifting events, if you set off in search of them, they become all but impossible to find.

Planting has the ability to put many things in perspective. It’s unlikely that most first year planters have worked as hard as they will during their summer planting. It’s a job where there are no excuses to be made, and you have to go out and earn your keep every day of the season. Slack off and your paycheque will reflect it. After making it through a season it’s likely that you’ll feel like you can take on anything. 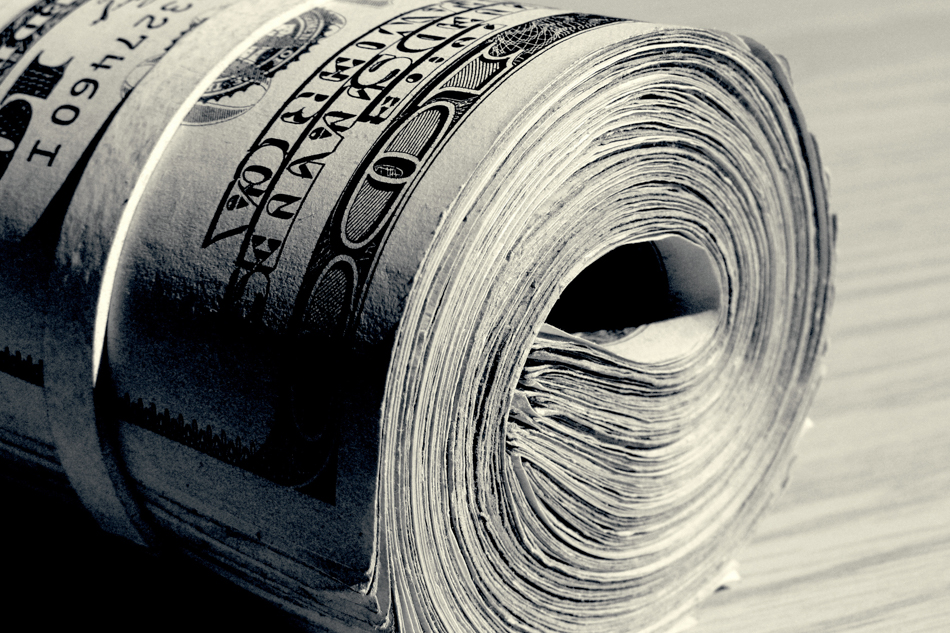 Presumably this is why you’re out here, making as much money as possible this summer. While it’s far from guaranteed, with a little luck and a lot of hard work, you can go home with enough money to not have to work until next season. People have a lot of reasons for choosing tree planting as a summer job, most often they’re students, but there are at least a few of us (myself included) who have used our tree planting earnings to spend the next nine months travelling the world, until coming back to do it all again. Yet others are saving up to buy a house, pay off their car, or gather capital for future business ventures.

Whatever your goal, tree planting can help you get there. 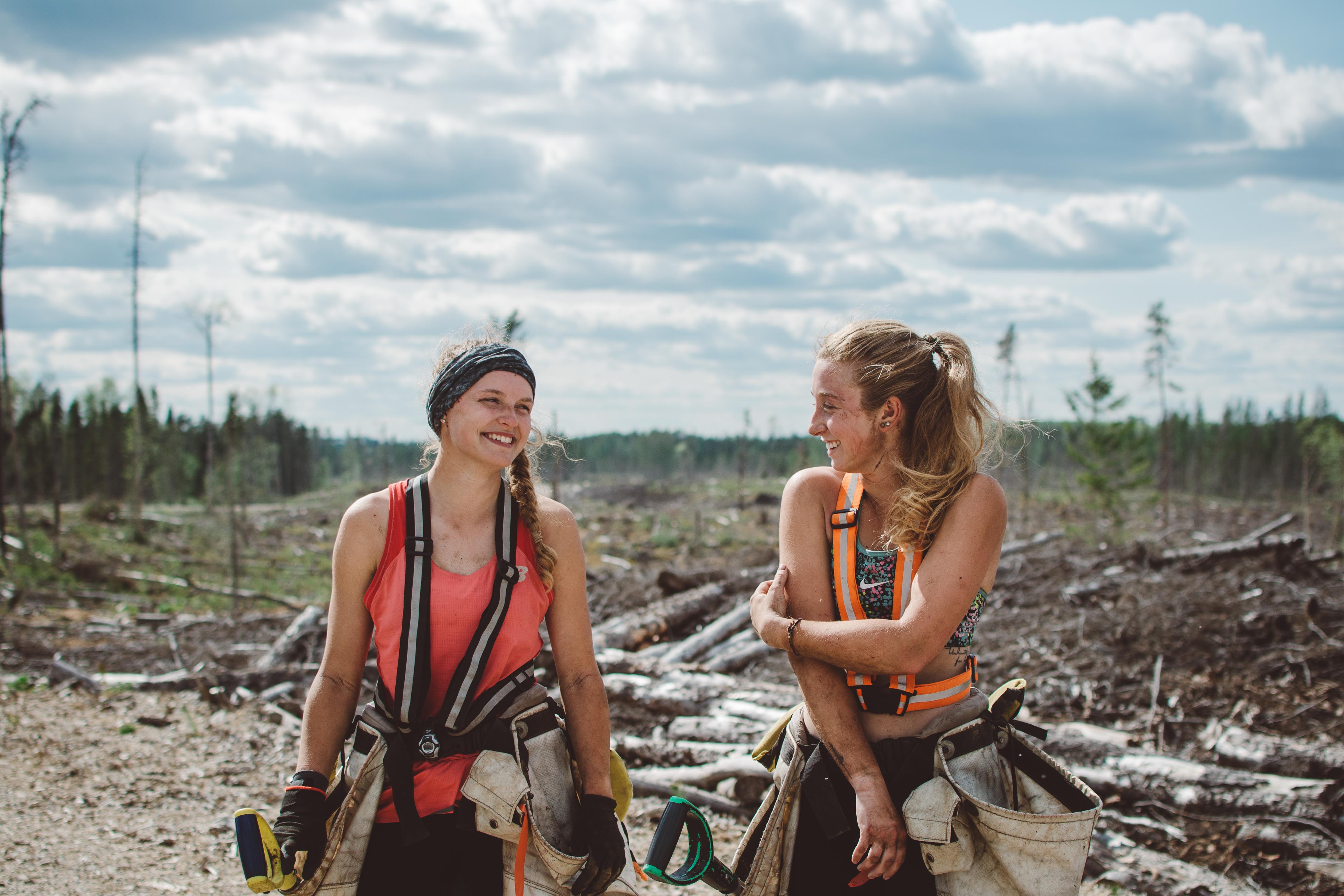 Start asking ex-planters about their planting years and often the first thing that comes up is the relationships they formed. Planting friendships have a way of being close, and lasting, and it’s no surprise. When you live in a small camp with 50 people for three months, you are bound to get to know people. I find this especially true as a vet. Rookies are generally fully absorbed in the planting world, forever talking about how much they planted that day, how bad their land was, how much they hate (or think they love) planting and so on. By the time you’ve made it through one season, you’ll know what you’re doing and want to talk as little about planting as possible. It takes up nearly 12 hours of your day already, why would you want to think about it beyond that.

I found that after my rookie season, I knew most of my fellow planters only as who they were in camp. They may have mentioned what they did outside of planting during our initial introduction, but beyond that the topic rarely strayed from planting. As a vet though, I’ve personally found a lot more room for intellectual, philosophical, and political debate, as well as a deeper connection with others in camp on a more personal level.