Wondering if we actually plant trees, and where we do? Here's an overview of our tree planting sites.

At tentree, we plant ten trees for each item purchased. Whether you go for some Bamone Sweatpants, InMotion Leggings or Atlas Sweats, ten trees get planted.

One of the most common questions we hear is:

And it’s a fair question to ask! Is our tree planting for real? And where do we plant anyway?

Well to answer your question simply: yes, we do. The long answer: we’ve partnered with local non-profit organizations in countries around the world to benefit planet, people and local wildlife. We’ve planted in Madagascar, Indonesia, Haiti,  Senegal, Nepal, Canada, the US, Cambodia, Kenya, Malawi, Mexico, Peru, and Brazil.

We pick the locations of our planting sites based on the environmental and economic need of the country and local communities. The nations we plant in have experienced some of the worst impacts of global deforestation. Your trees don’t just help the natural environment, but they improve the lives of people around the world. 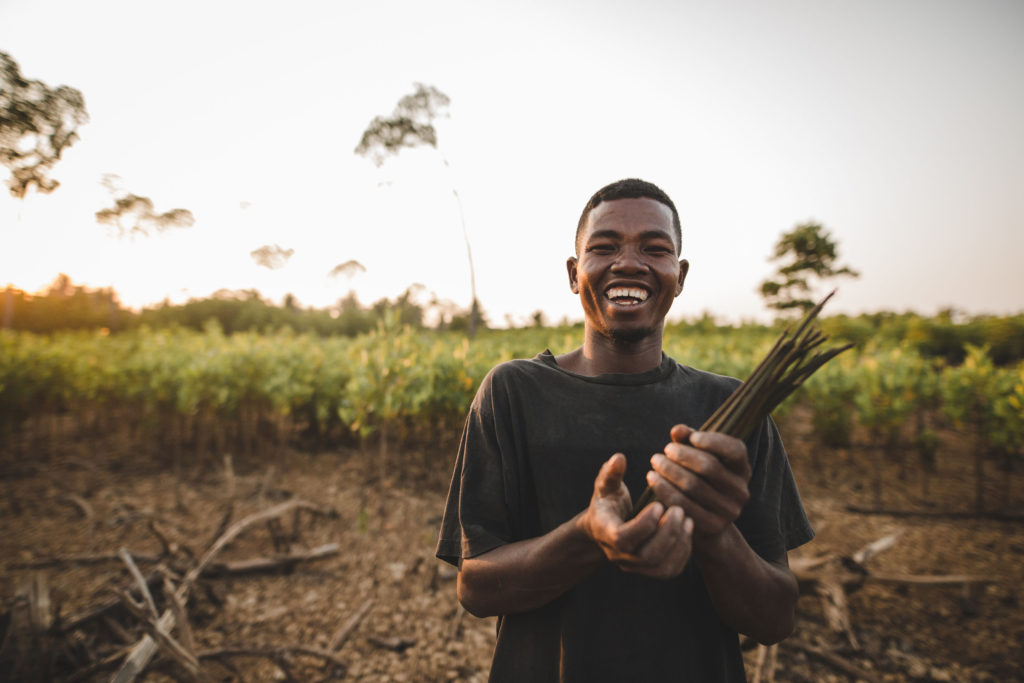 More than 80% of Madagascar’s forests have been clear cut in the past few decades. Not only has that had terrible consequences for people, but many species on the island have been lost as a result. Because Madagascar is an isolated island, there are a lot of very unique species that have become endangered and extinct as the natural ecosystem has been destroyed. Desertification from deforestation threatens farmers further inland and the destruction of the coastal mangroves has made erosion from storms worse and ruined the livelihoods of fishers.

To date, we’ve planted over 25 million trees in Madagascar — it’s our largest planting project. These trees help counteract desertification and erosion, provide food, fuel, building materials, and jobs to locals, and restore crucial ecosystems for native species. Our hope is that, with time, we will fully restore the nation’s mangrove forests and eventually reverse desertification.

Learn more about our Madagascar planting project and its impact. 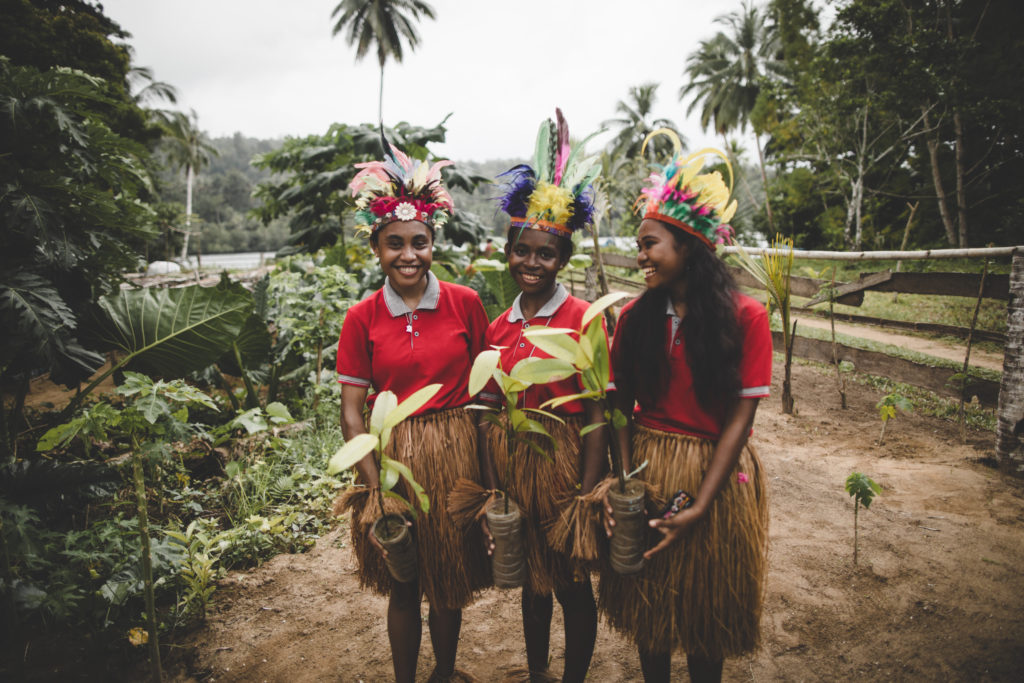 Our primary planting site in Indonesia is Biak Island, which is located on the northern coast of West Papua. Biak Island was chosen due to how prone it is to natural disasters, like flooding from tsunamis and storms. Replanting mangrove trees is essential to reducing the impact of this flooding, and as mentioned above, creates a safe nursery for schooling fish and improving the livelihoods of local fishers. We’re planting mangroves, fruit trees, and replanting the rainforest — we’ve planted over 1 million trees!

Learn more about our Indonesia planting project and its impact. 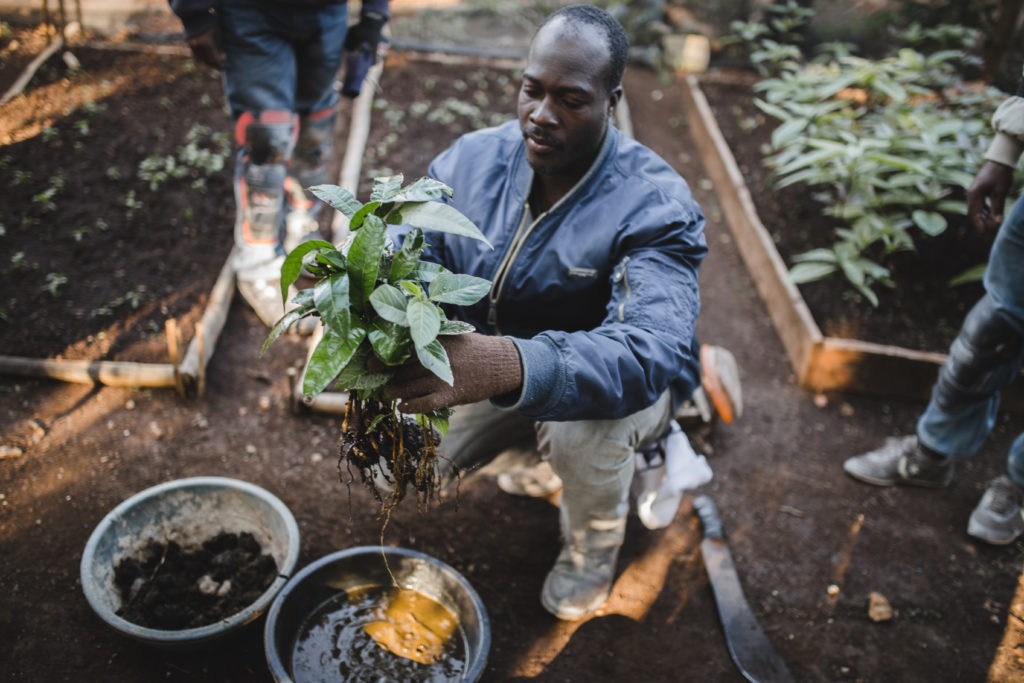 Haiti is, unfortunately, best known for internal strife and natural disasters. It has suffered civil conflicts, earthquakes, and hurricanes with little relief. Deforestation has exacerbated the poor circumstances of the country, leading many not to have the resources needed to keep their homes warm and cook food.

To date, we’ve planted over 700,000 oak, avocado, orange, pine, and eucalyptus trees in partnership with various small villages and towns. We’re working to educate people about sustainable harvesting for lumber and how to not repeat past mistakes. Many of these trees are producing additional income for families, meaning children can attend school instead of working to keep their families afloat.

Learn more about our Haiti planting project and its impact. 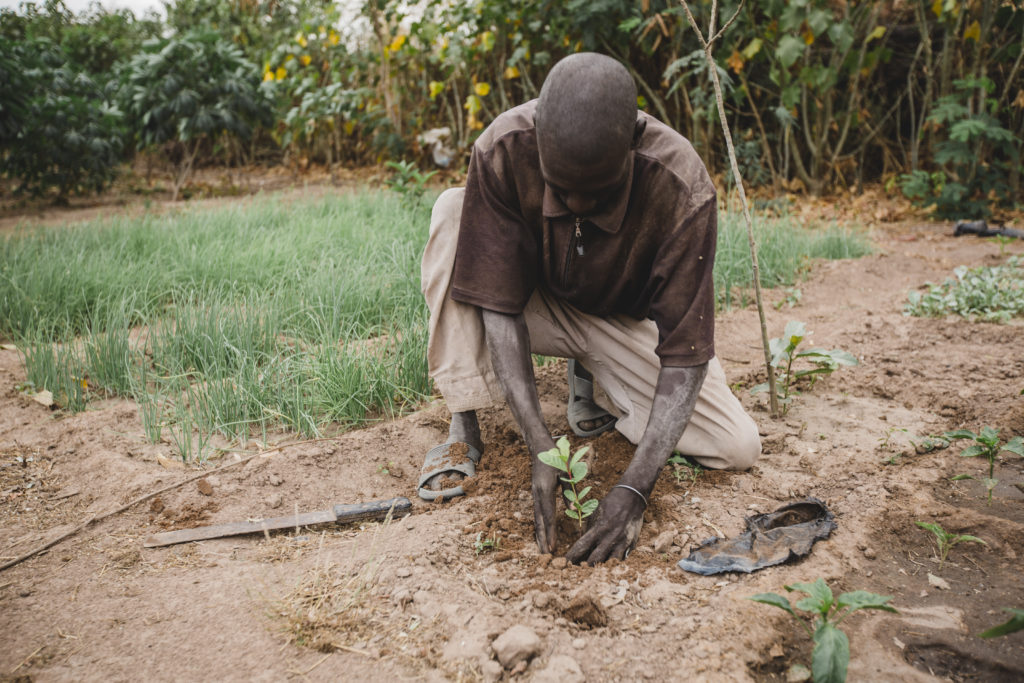 Senegal is a highly agrarian society, relying on farming and agriculture to make ends meet. Peanuts are one of the most commonly grown crops in the country, but it is backbreaking work that pays poorly, often leading once prosperous farmers into a life of crushing, inescapable poverty. We’ve partnered with over 200 farmers to plant what are called “agroforests,” forests that produce fruits and vegetables, which better nourishes communities and pays farmers.

Learn more about our Senegal planting project and its impact. 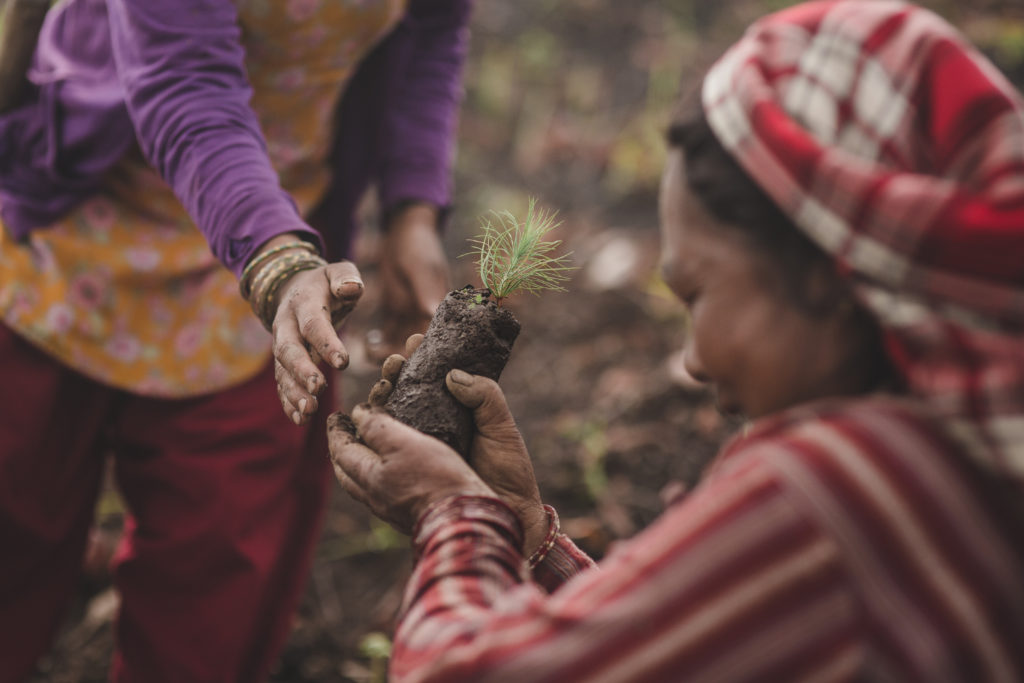 Nepal is one of the poorest countries on Earth, and contributing to that is the fact that the country has lost a quarter of its forests in just 20 years. This deforestation made the impact of the 2015 earthquake considerably worse.

Working alongside our partners, we’ve planted thousands of trees in Nepal, particularly the mountainous areas in the Nawalparasi region, and grasslands close to Jhapa. In conjunction with planting, we’re helping educate villagers on how to sustainably harvest lumber and care for their trees.

Reforesting prevents mudslides in the future from both earthquakes and rainstorms.We hope eventually that these trees will help stabilize the soil and help limit the devastating impacts of future earthquakes.

Learn more about our Nepal planting project and its impact. 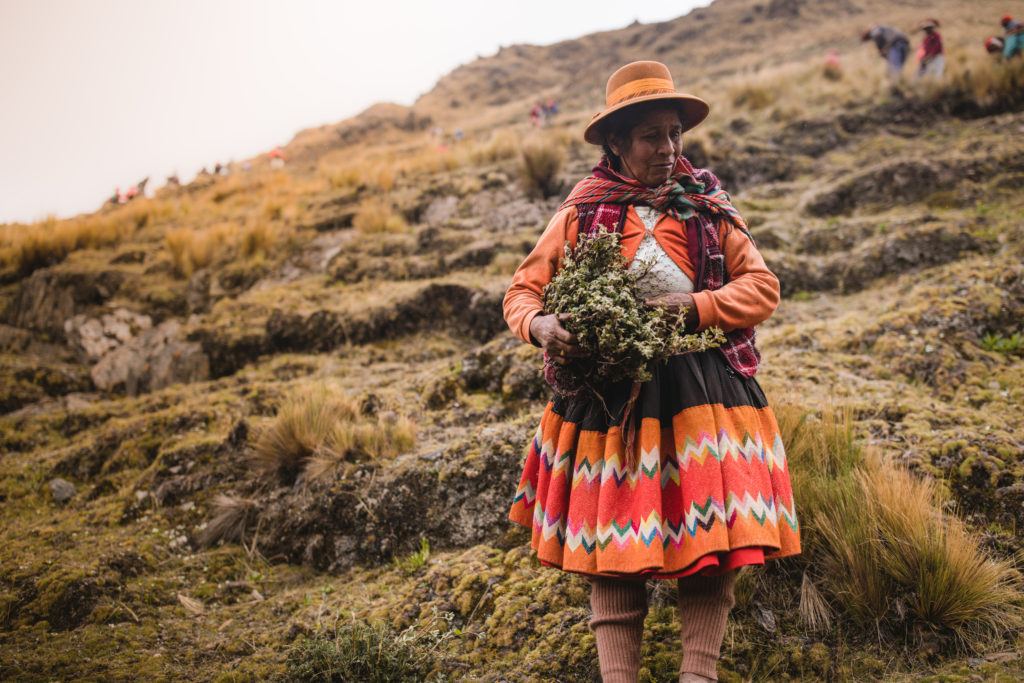 The Amazon rainforest is drying out. Major cities in Peru that surround the Andes mountains are facing seasonal drought conditions and an overall decreasing water supply.

Why? 70 percent of the world’s tropical glaciers are in the Peruvian Andes and 40 percent of their surface area has been degrading since the 70’s. As the water from these melting glaciers flow down the mountains, it erodes away the top layer of soil in the Amazon, causing extremely dry conditions. So when the fires burn each year, the fires burn bigger and hotter. The smoke rises creates a feedback loop which causes the glaciers to melt even faster.

By planting trees in high altitudes in partnership with our local planting NGO, ECOAN, more water can be retained from the glaciers, and slow down the flow of water in the rainy season and help produce rain in the dry seasons. The moisture retention also helps moderate temperature and water tables.

Learn more about our Peru planting project and its impact. 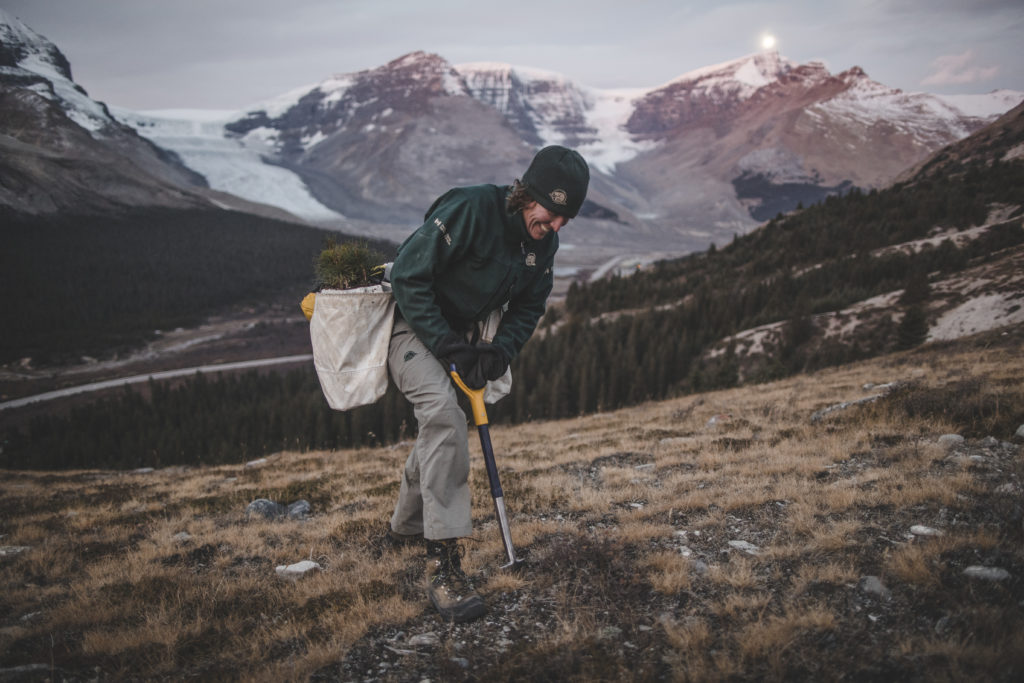 tentree is proud of its Canadian roots, so of course we do tree planting here at home in Canada! We’ve done urban planting in Sudbury, Ontario, wildfire restoration in La Ronge, Saskatchewan and Elephant Hill, BC, boreal forest reforestation in Cape Breton, Nova Scotia, and have even partnered with Parks Canada to plant disease-resistant White Bark Pine in the National Parks in the Canadian Rockies.

Learn more about our Canada planting projects and their impact. 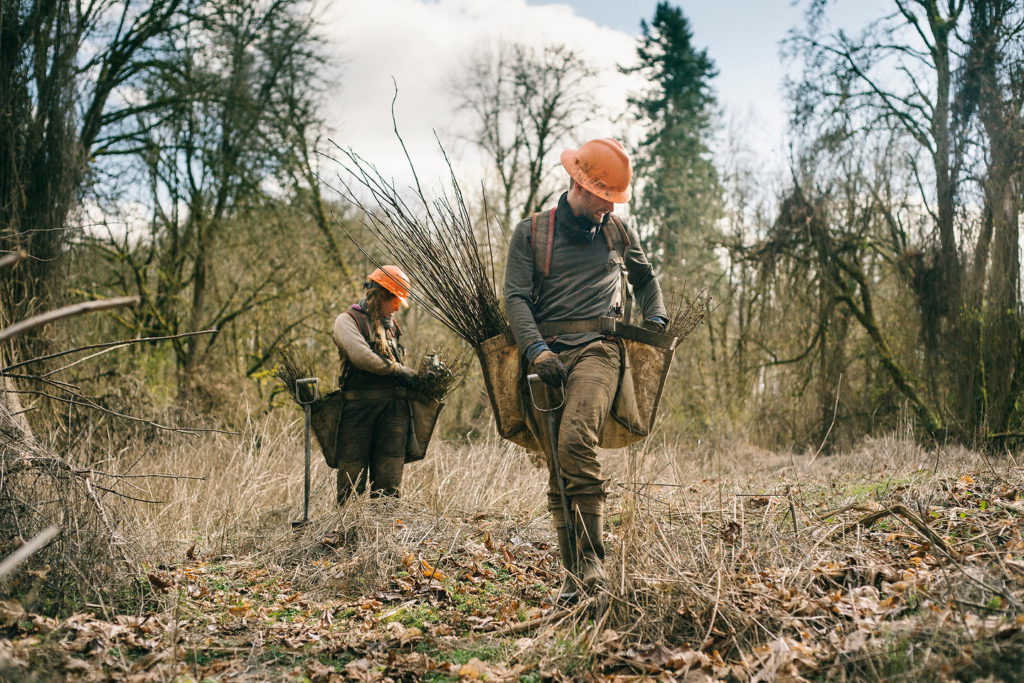 Prior to the arrival of Europeans, almost half of the United States was forested. Today, the amount of forest cover has been reduced by 25%. That’s why we partnered with American Forests and Friends of the Wildlife Corridor to replant deforested areas in Texas’ Lower Rio Grande Valley National Wildlife Refuge.

The valley is home to 530 species of bird, 40% of North America’s butterfly species, and 17 threatened or endangered species. Providing habitat in this area is crucial.

We planted Juajillo, Devil’s Claw, La Coma, Berlandier’s Wolfberry, Malpighia Glabra, Snake-eyes, and Ebano trees in this region. These trees help provide habitat and food for a number of species endemic to the region. 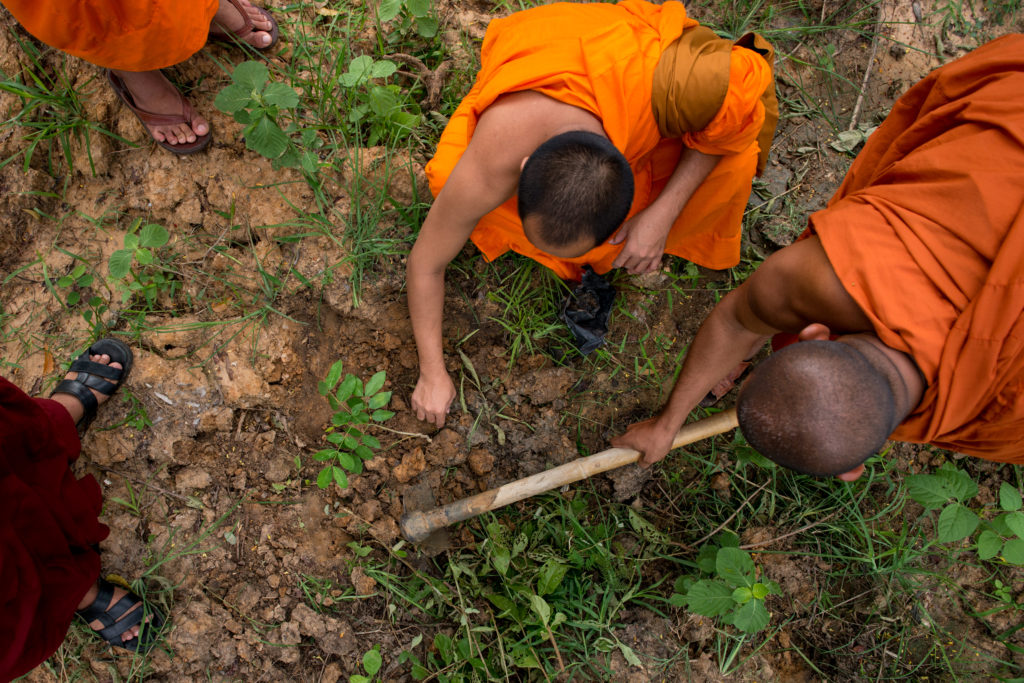 Cambodia has, since the 1960’s, struggled with severe internal conflict and rampant government corruption. Time and time again, we see that the more corrupt the government, the more the people and the environment suffer. Illegal logging has left the country’s natural enviornment simply devastated, and there has been little to no international effort to help replant these forests.

But not for a lack of trying; the Cambodian government has placed serious restrictions on international organizations doing work in the country. This means our tree planting work in the country has been limited. We partnered with activists and Buddhist monks in replanting on the grounds of schools and temples around Cambodia. 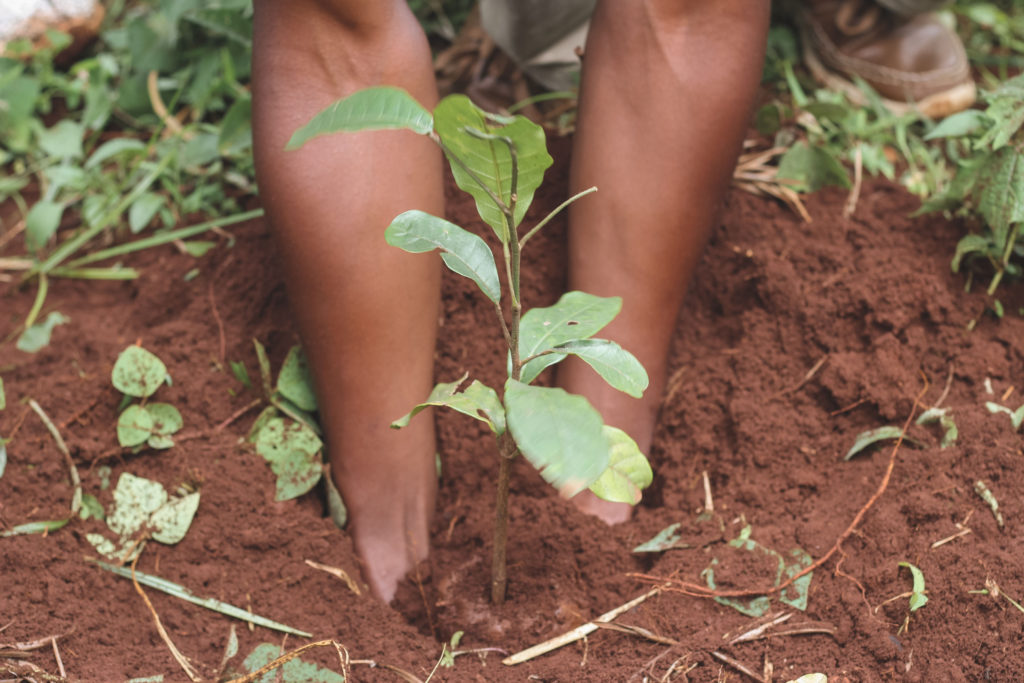 Rainforest in Kenya is in rapid decline. Only 2% of the country’s original growth rainforest remains. Mount Kenya, the second highest mountain in Africa, has some of the biggest reserves of forestland remaining in the country. But desertification, the process by which forest turns to desert, is taking its toll. A full third of Mount Kenya’s trees have been illegally cut down, which is interrupting the local water cycle leading to a decrease in the water volume of local rivers and streams.

Rural households in Kenya rely heavily on local forests for food as well as income. These forests provide vital foods like fruit and honey, as well as gums, resins, and medicinal plants. Traditionally, locals earn their living by collecting and selling these products and by gathering fallen trees for firewood or the leaves and grass for fodder. The loss of forest land is having a negative impact on local economies.

Alongside Eden Reforestation Projects, we helped to fund reforestation efforts in Western Kenya near Mount Kenya and the Kakamega Forest National Reserve.

Learn more about our Kenya planting project and its impact. 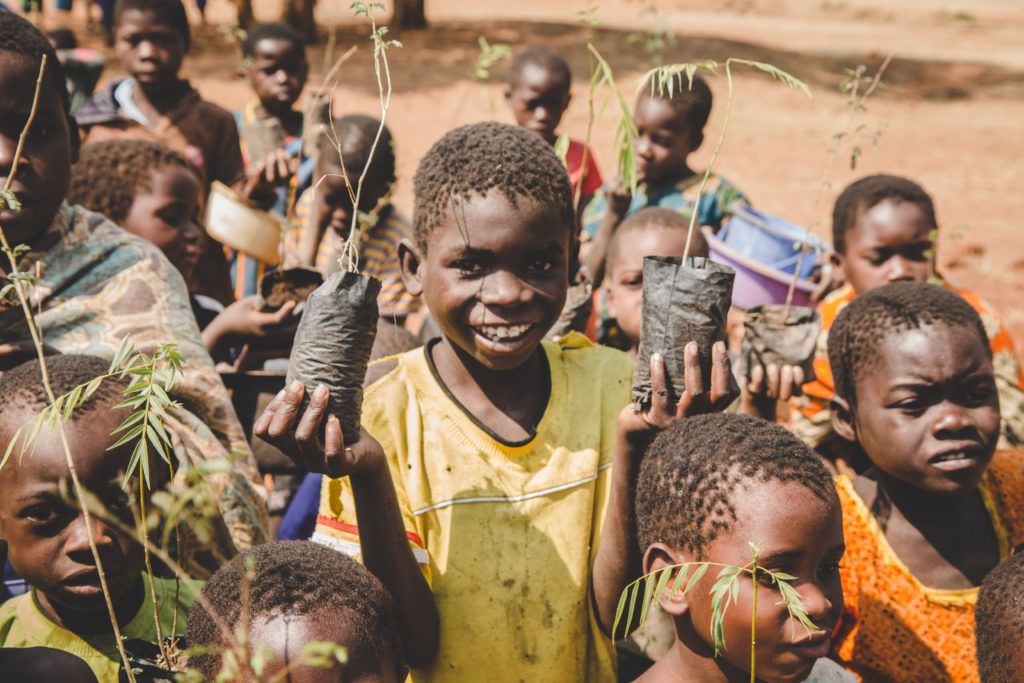 Malawi is a country smaller than the Canadian Maritimes but with an exploding population of 16 million citizens. For the last two decades, the country has struggled against deforestation, with ‘slash and burn’ farming taking the greatest toll on regional forests. Often, these slash and burn fields are only used for three years before the soil is too degraded to continue growing crops in.

Malawi’s population is doubling every 20-25 years, leading to additional strains on the country’s environment. The forest cover, which once nearly blanketed the entire country, stands now at only 27.2%.

We partnered with Urunji Child Care Trust in Nathenje, Malwai to help reverse the effects of deforestation. Working with local schools, we planted trees like Moringa and Kesiyasi, along the Nathenje river. The students were involved with the tree planting, learning a lesson about climate change, reforestation, and biodiversity. 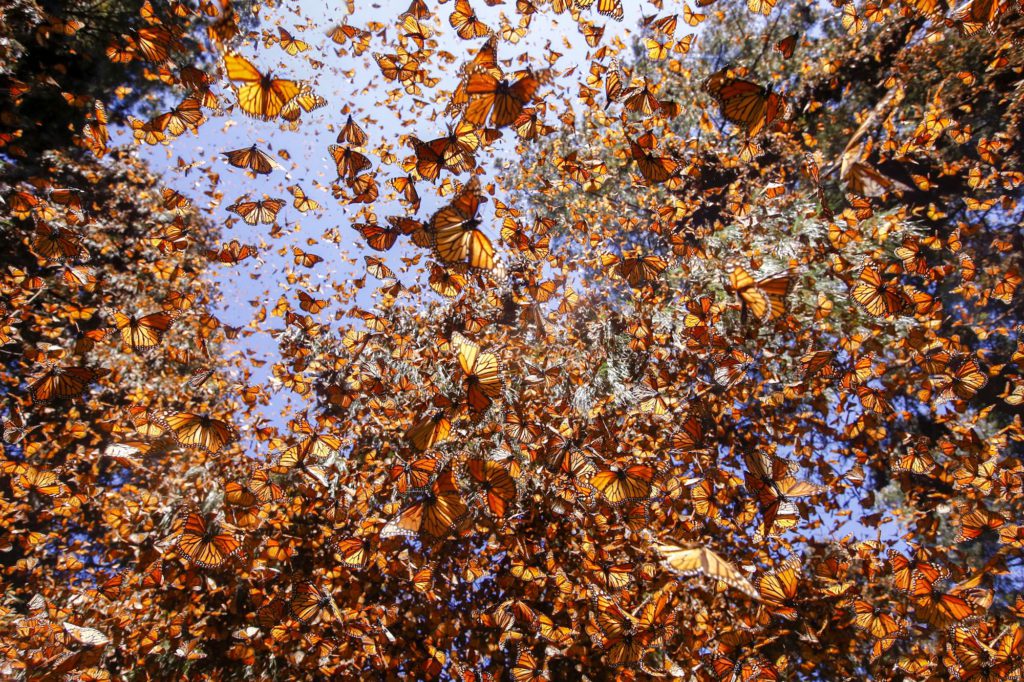 Every fall, the Monarch butterfly population travels up to 3000 miles to spend the winter in the Oyamel fir forests located on the tops of 12 mountains in central Mexico. These ancient forests are the winter nesting grounds for the butterflies, and are designated as the Monarch Butterly Biosphere Reserve (MBBR). Unfortunately, the trees in their migration zones are being cut down by illegal loggers, putting the entire population of monarchs at risk.

We’re working with the Monarch Butterfly Fund to plant on previously farmed privately owned land along the buffer zones of the MBBR. Doing this reduces human pressure on old growth forests, and revitalizes and protects the monarch butterfly habitat. We’ve also educated locals on the importance of sustainable forest management, instilled a sense of stewardship and pride for the forests within the MBBR, and ensured a prosperous future for the monarch butterfly population.

Learn more about our Mexico planting project and its impact.