Learn about the unique challenges LGBTQ+ refugee experience, and how you can support.

We’re excited to see that diverse voices are being amplified more than ever, but we know that we still have a long way to go to reach equality. In honour of Pride Month, we wanted to dive deeper into some of the diverse challenges that the LGBTQ+ community face around the world, and the small steps that we can all take to make big change.

So we caught up with Adam Koussa from Rainbow Refugee, the Vancouver-based non profit that supports individuals seeking refugee status because of persecution due to their sexual orientation, gender identity, gender expression, sexual characteristics, and HIV positive status.

Q: What sparked the creation of Rainbow Refugee? Where did the mission come from?

Rainbow Refugee’s co-founder Chris Morrissey has been advocating for lesbian, gay, bisexual and transgender rights for almost twenty years. Before creating Rainbow Refugee, she had been volunteering at LEGIT: Canadian Immigration for Same-Sex Partners. They provide support and information to those wanting to sponsor a same-sex partner for immigration to Canada. LEGIT was receiving a lot of requests from LGBT Refugees. So in 2000, Chris co-founded Rainbow Refugee Society.

Only 37 countries allow asylum for people who face persecution on the basis of sexual orientation, gender identity, gender expression, and/or sex characteristics. The vast majority of the world doesn’t have legal or operational frameworks to handle such cases, and oftentimes actively discriminate against such people.

LGBTQ refugees in the Kakuama Camp in Kenya, for example, face routine harassment and violence. In the United States, LGBTQI+ people who apply for asylum often experience degrading treatment in detention centers and are regularly deported. 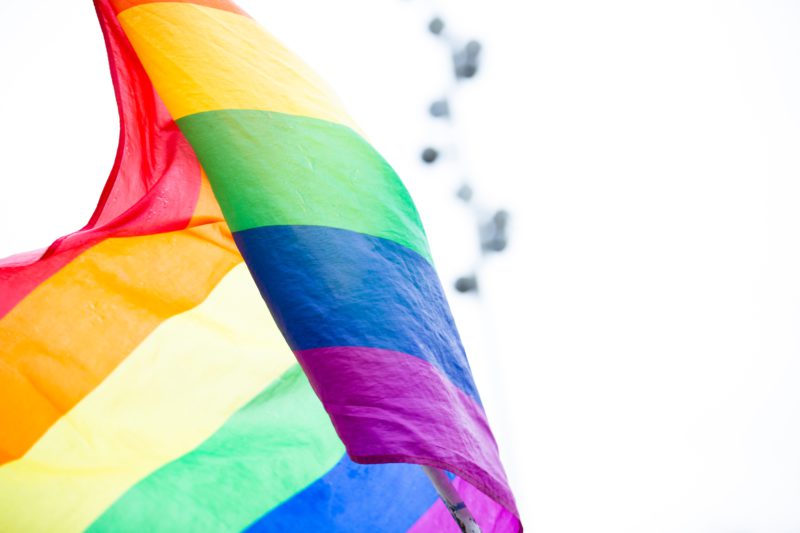 Q: What kinds of scenarios has Rainbow Refugee been able to step into and make a difference?

The cornerstones of our approach are:
1) Solidarity—doing with, not for. We support alongside, while respecting the agency and resilience of people on the move.
2) Creating belonging in communities in the spirit of the Queer and Trans tradition, including chosen family and mutual support.
3) Channeling what we learn through system-navigation to support others and advocate for system change.

Since 2001, Rainbow Refugee has provided support for more than 1000 individuals. We’ve supported the sponsorship of more than 300 individuals from 43 countries around the world to safety around 25 cities in Canada since 2011.

Rainbow Refugee is proud and honoured to walk with refugees. It takes courage and resilience to build a new life in a new country. The refugees who’ve been welcomed in our communities enrich our lives. Personally, my favorite part about my work is meeting a newcomer at the airport.

Q: While there’s been an ever-increasing presence of LGBTQ+ voices and advocacy, discrimination is still an issue. What advice would you give to LGBTQ+ individuals who are growing up today?

Find your community. There are people out in the world who want to and will accept you. It’s very important to find those people as quickly as possible. If you find those communities, hold on to them, embrace them and create a community for someone else who needs it. And most importantly, come out only when you feel ready and safe.

Q: What are some practical ways that you’d encourage others to support the LGBTQ+ community at large, and specifically those who are facing discrimination in countries around in the world?

There are countless organizations working to enact new laws, dismantle prejudiced systems and behavioural patterns, and make the overall path toward safety easier for LGTBQI+ refugees and asylum seekers.

These same organizations are also providing on-the-ground legal and resource help to LGBTQI+ people in refugee camps, detention centers, and those awaiting processing.

Refugees and asylum-seekers of all backgrounds have trouble integrating into new environments because of language and cultural barriers.

You can help ease this transition for LGBTQI+ people by volunteering with local organizations that support refugees and asylum seekers.

You can help to advocate for equal rights by spreading awareness of the rampant persecution that LGBTQI+ people face around the world. You can sign petitions, join protests, and call on politicians to advance laws to protect human rights.

Mass movements have the power to create lasting change by pressuring countries to protect LGBTQI+ rights.

Protecting and amplifying the voices of diverse people is part of living Earth-First. Wanna take some small steps that will add up to big changes for our planet and all who live here? You can donate to Rainbow Refugee, or maybe volunteering is more your thing. This Pride Month, we’re donating to protect LGBTQ+ refugees from around the world. Together, we can show the global LGBTQ+ community that we’re with them.