Women Have The Power To

None of us would be here without women, but we’re just beginning to scratch the surface of the impact women can have.

None of us would be here without women, but we’re just beginning to scratch the surface of the impact women can have — economically, socially, and environmentally. Women have the power to change things for the better. We’ve seen it this past year: countries with more equal societies and women leaders were less devastated by COVID-19. For international Women’s Day, we thought we’d get in touch with the founder and CEO of One Girl Can, Lotte Davis, to ask her about the impact of women.

One Girl Can is a Canadian and Kenyan registered charitable organization working to break the cycle of poverty for women and girls. Through education and mentorship, One Girl Can empowers hundreds of young women to build careers, become financially independent, and give back to their families and community. 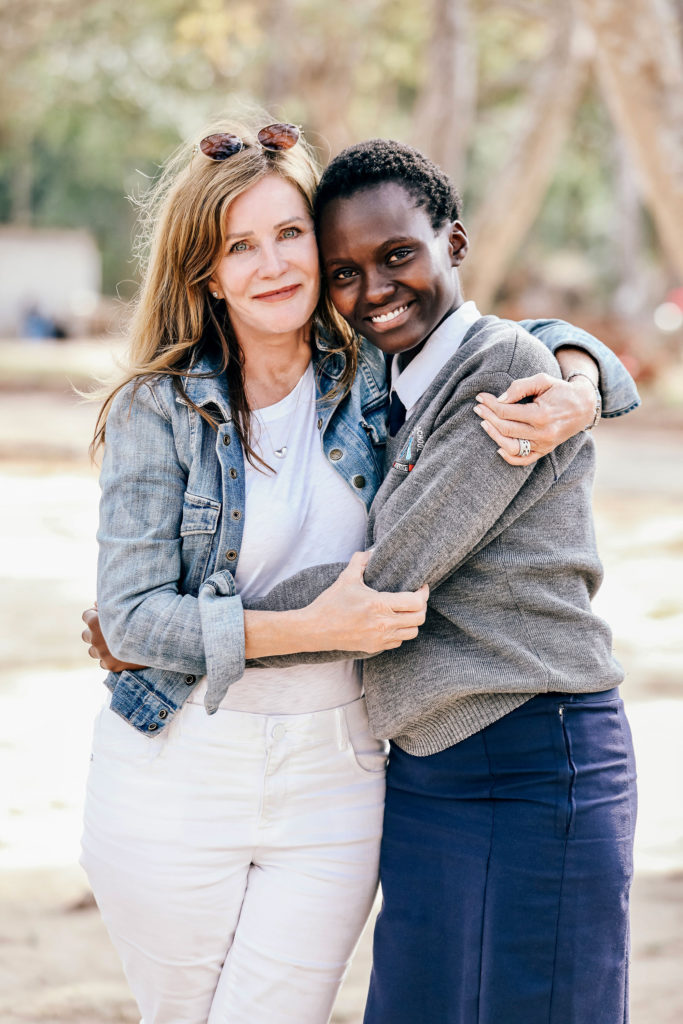 Q: Can you finish the following sentence and give some context to your answer? “Women have the power to________”

Half of the world’s population are women. In the global south, women contribute to more informal, unpaid and vulnerable work than men. In the global north, few women hold positions of leadership in business and politics. Globally, over 2.7 billion women are legally restricted from having the same choice of jobs as men. It’s been proven that women’s economic empowerment boosts productivity and increases economic diversification and income equality. If you mobilize half of the world to become economically and intrinsically independent, there are huge economic benefits — it could add more than 12 trillion dollars to the global economy. Empowering women isn’t just a sentiment—it makes economic sense.

Q: Your organization One Girl Can has a similar message — that even one more girl succeeding in the world has an enormous impact on society as a whole. Tell us about an instance where you saw this first hand.

We have 850 girls who we’ve supported since 2013 with scholarships. A lot of these girls are just starting to graduate from university and get jobs.

One specific story comes to mind: the third student that I ever offered a scholarship to. I met her father, who was working at a hotel as a cleaning staff. He told me about his brilliant daughter with straight A’s who he couldn’t afford to send to college. Now five years later, she has a civil engineering degree. I brought her up to speak at our annual fundraising event called I Want To Be here in Vancouver in 2018, where she was a guest speaker. After she spoke, I brought her sponsors up on stage to meet her for the first time. 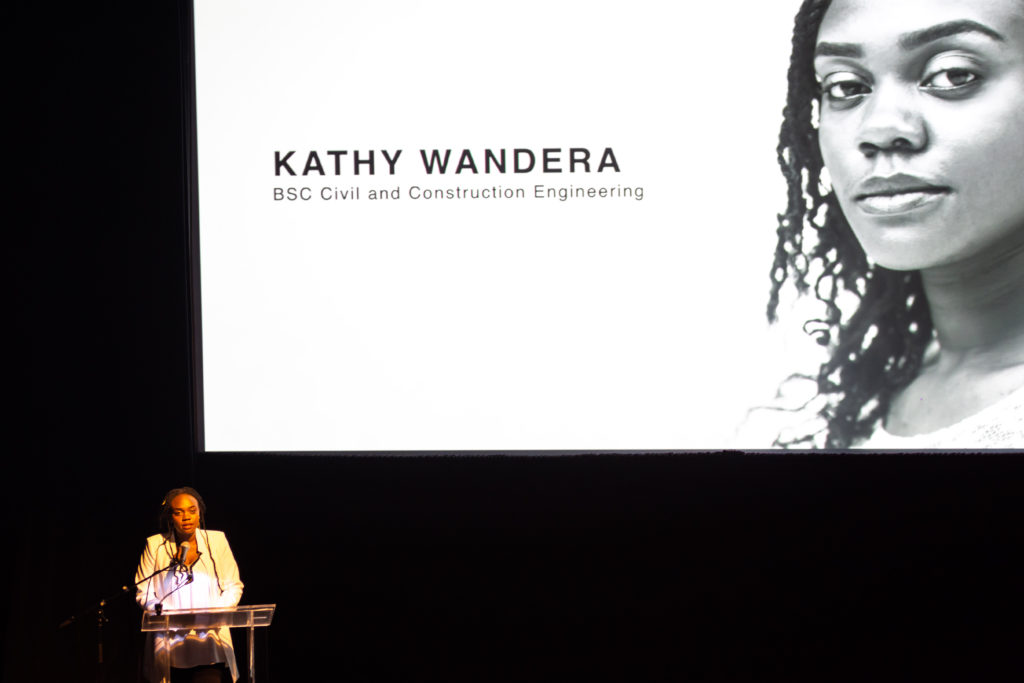 It goes to show that you can see the direct impact of investing in a smart girl in a developing country. We didn’t change her life — she changed her life. We just provided her the resources that are so easy for us to access.

When one woman becomes successful, the impact is infinite.

When I first started One Girl Can and I was visiting high schools, the girls didn’t make eye contact. When I asked them what they wanted to be when they grew up, they gave me blank stares — no one had ever asked them this question before! That inspired our workshop “ I Want To Be” to help girls articulate what they want in their life and work. That became the basis for all of our future workshops. Now, years later, these same girls who couldn’t look me in the eyes come running and jumping all over me, excitedly sharing what they want to do with their lives.

It’s just investing time and money in another woman and saying “yes, you can do this.”

Q: As an entrepreneurial woman, what are some challenges you’ve faced in business?

I’d say that I’m very lucky to be an entrepreneurial woman and that I’d have faced more challenges if I wasn’t.

I entered the workforce in the 60s and 70s when women were entering in record numbers, and we all faced incredible discrimination and sexual harassment. That experience in the workforce motivated me to be an entrepreneur. Building my own business gave me creative control over what I could do with a product or idea and removed barriers to success. It allowed me to create a productive and inclusive culture, and I’m proud of the organization we’ve built. We have 50% of women in leadership positions and a strong family-oriented environment.

Q: The past year has seen a lot of conflict and division. What role do you think women have to play in the aftermath and healing process?

In times of crisis, when capacity is limited and resources are strained, women experience the consequences disproportionately. Domestic violence and abuse increases during times of stress. Women represent 70% of healthcare workers, and they tend to receive less pay and less protective equipment than their male coworkers. In the global north, so many women had to quit their jobs to take care of their children.

Global crises tend to roll back the progress we’ve made. Right now, we’re trying to take care of ourselves and get back to where we were. 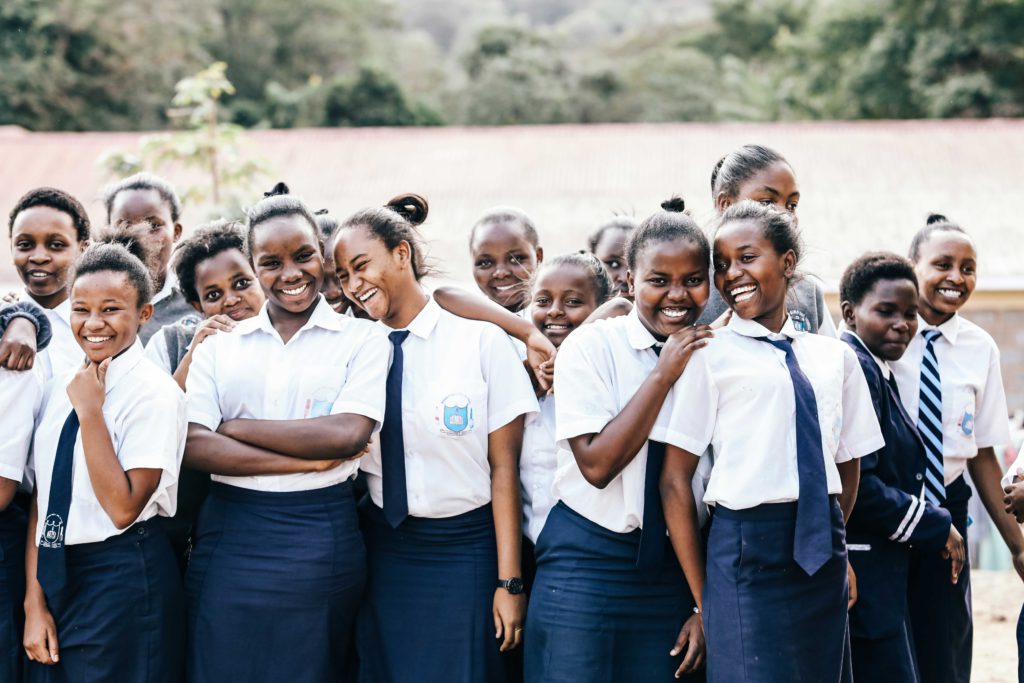 Q: One Girl Can promotes a system of women supporting other women, which creates a long-lasting, positive feedback loop. What’s your favourite part about seeing women support each other?

I don’t have a favourite part necessarily, but the facts speak for themselves.

In developing countries, women reinvest 90% of their earnings back into their communities and families, vs. 30%-40% for men. Educating women is a catalyst for change. When you invest in a woman, she teaches her children, becomes a mentor in her community, and coaches other women to be independent.

Women support other women, but when they became economically viable, they can also invest in men. That’s why it’s important to invest in women first, because they create the change that has a massive ripple effect.

Q: Can you think of a time in your own life when another woman’s support has had a lasting impact on you?

My entire life! Many, many times. I’ve been very fortunate to meet many feminist men, but only another woman can truly understand the hesitancy that we have naturally and the internal conflict around the heavy workload that we take on when we become economically viable. I find that women allow themselves to be more immediately vulnerable than men, allowing for deep conversation, lasting support, and a greater chance of intentional and immediate follow-up.

This empathy is a very unique thing women possess that would have a huge global and economic impact. If more women were in leadership, we’d have much better outcomes through understanding, empathy and conflict resolution. Statistics show an increased profitability from women CEOs. We’d have more peaceful societies and better healthcare overall. We haven’t even begun to tap into and feel the impact that can come socially and economically from women providing empathy, mentoring and coaching in leadership. 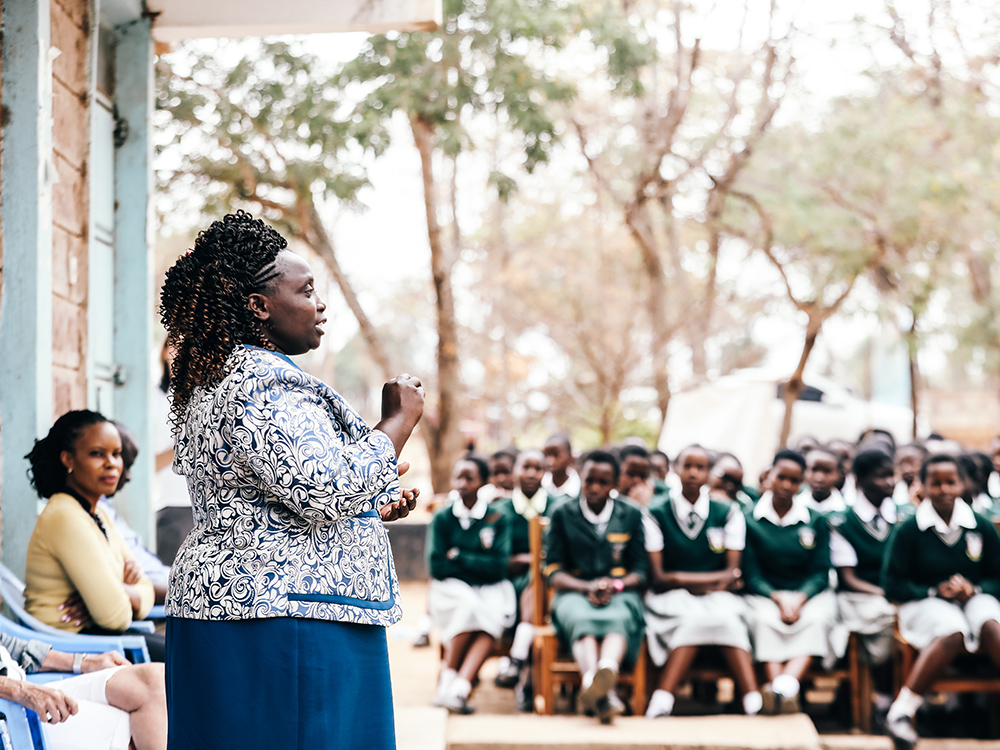 Q: Which positive role models for girls and women do you see in the public eye right now?

There are more and more coming on the scene on a daily basis. Some women who come to mind are Greta Thunberg, Malala, Michelle Obama, Kamala Harris, Elizabeth Warren.

Q: It’s not an easy time to be a young woman — there are more external pressures than ever. What advice would you give to girls and young women growing up today?

I wouldn’t 100% agree with that statement. While there are still many barriers to economic inclusion and financial independence, there’s never been a better time in history to be a woman. Every NGO in the world is focused on women and girls. It’s part of the UN’s Sustainable Development Goals. More than ever, we have women in leadership roles in politics, business, healthcare, etc.

Yes, in times of crisis, the abuse of women seems to revert. But at the same time, we’re making progress. That’s going to have a flywheel effect. Having a female vice president in the US is a huge achievement.

It’s a good time to be a woman; people are listening now. There’s an increased sensitivity to gender equality in schools and the workplace. We’re in the spotlight right now, and we don’t need to be afraid to march into it. 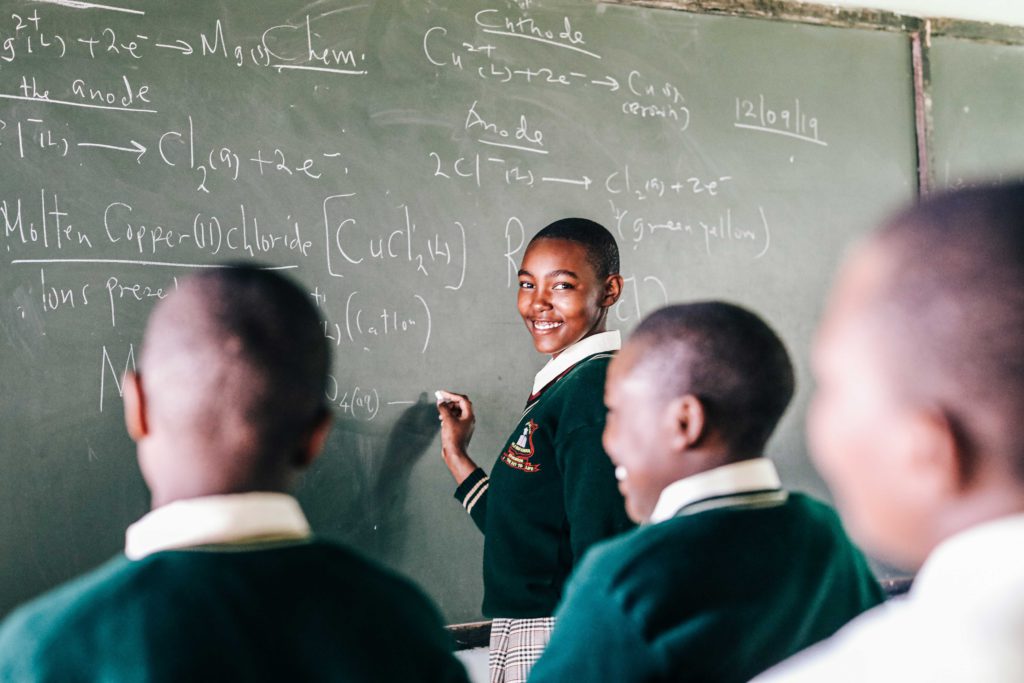 You heard it here first. It’s a great time to be a woman. But what if we made it an even better time to be a woman? That takes collective work and action from all of us. It means having tough conversations with people you care about and being willing to stand up for yourself and other women. It also means, as Lotte said, investing in women. This International Women’s Day, we’re donating $1000 to One Girl Can to help empower a future generation of women. What do you think women have the power to do?