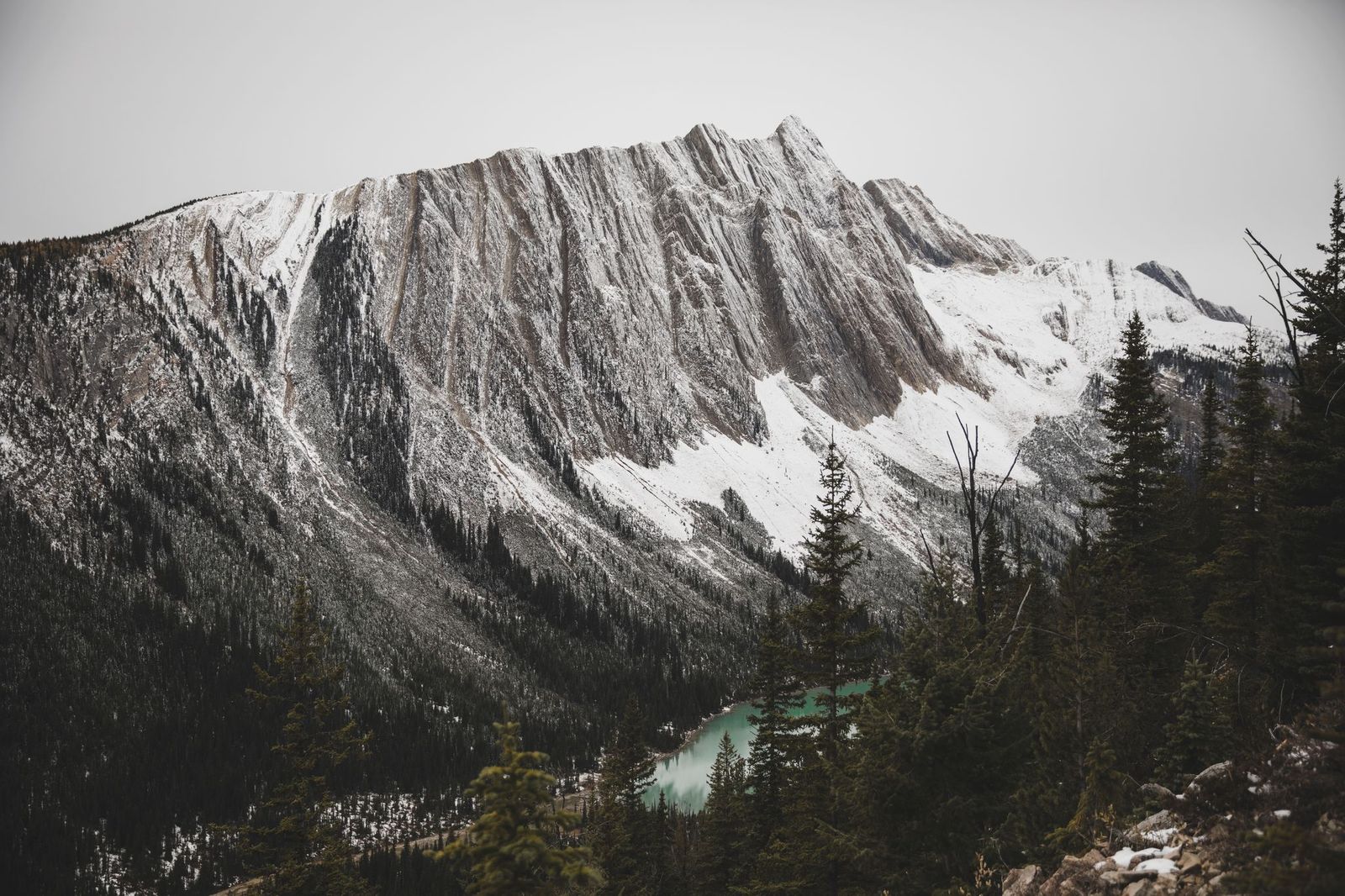 The Canadian Rocky and the Columbia Mountain ranges stand along the border between British Columbia and Alberta. This region is home to seven National parks, including Banff, Glacier, Jasper, Kootenay, Mount Revelstoke, Waterton Lakes, and Yoho. These parks are home to whitebark pine forests that can be found in their alpine and subalpine habitats. 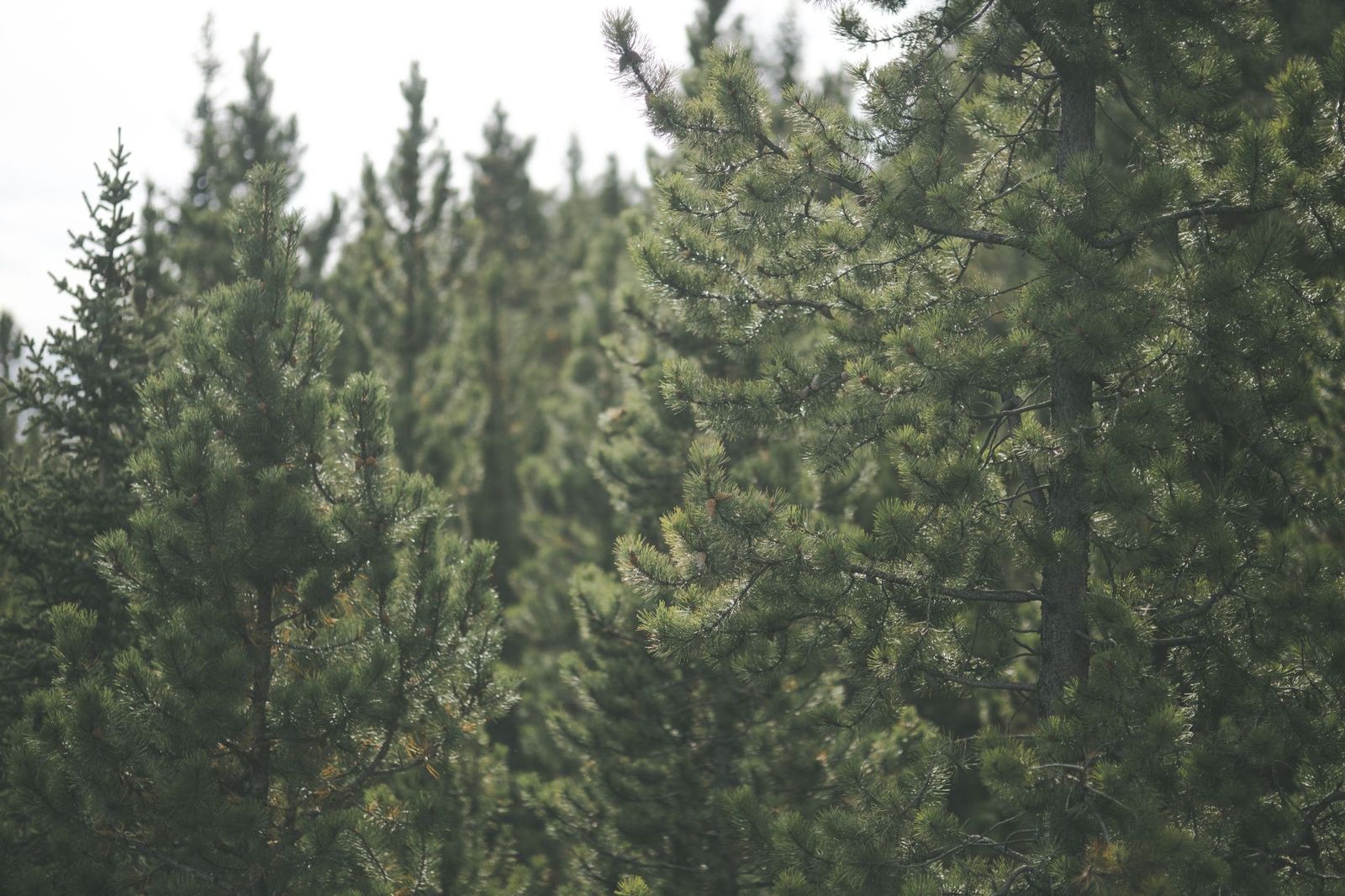 Whitebark pine (Pinus albicaulis) trees are subalpine coniferous trees native to western Canada and the United States. They are found growing in harsh treeline environments and can live for more than 1000 years.

A wide range of animals depend on whitebark pine seeds for food, including squirrels, grizzly bears, black bears, and various granivorous birds. Squirrels, northern flickers, and mountain bluebirds often nest in the branches of whitebark pines, while elk and blue grouse use whitebark pine communities as their summer habitat. Within the environments, whitebark pine forests help stabilize steep slopes and influence the rate of snowmelt at higher altitudes.

Why Plant Whitebark Pine Forests In BC and AB Parks? 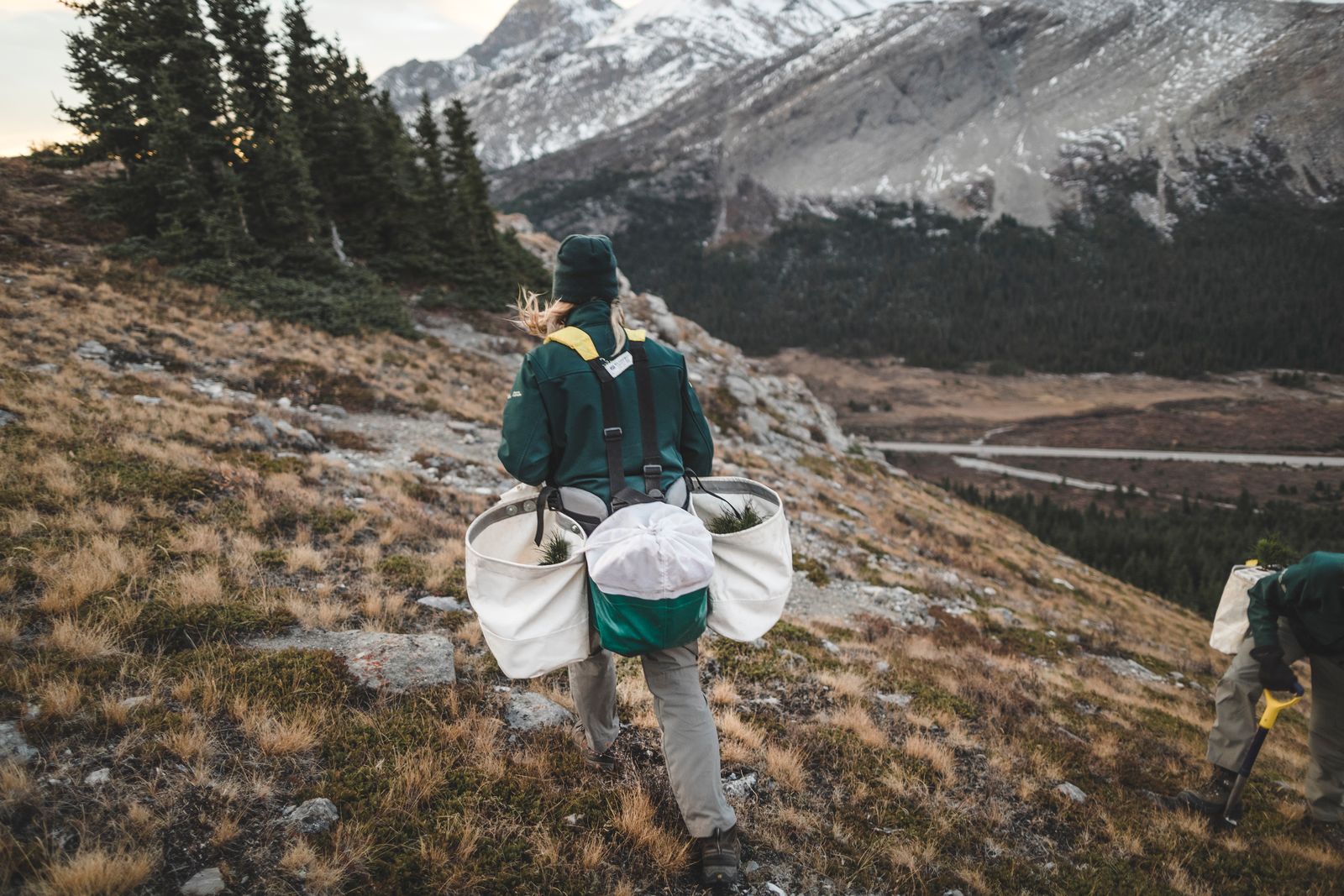 Whitebark pine is a keystone species (a species on which other species in an ecosystem largely depend, such that if it were removed the ecosystem would change drastically) in the alpine and subalpine landscapes. 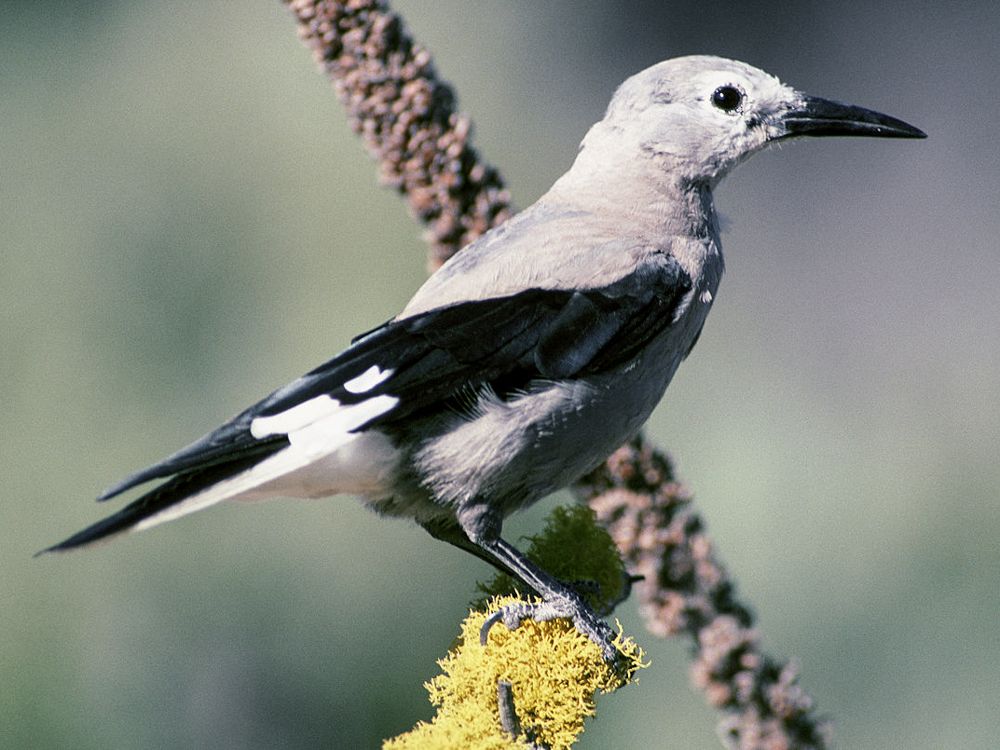 The whitebark pine is an important source of food for many granivorous birds and small mammals, most importantly the Clark’s nutcracker (Nucifraga columbiana), one of the main seed dispersers of the pine. Each year Clark’s nutcrackers store away or “cache” about 30,000 to 100,000 seeds in small, widely distributed caches. The caches can usually be found under 2 to 3 cm (0.75 to 1.25 in) of soil or gravel. Nutcrackers depend on seed caches to feed their young and to carry them through times when food is scarce. These cache sites are often favorable for seeds to germinate, sprout and grow into seedlings. The caches that are not eaten by the time the snow melts help regenerate the forests with new growth. Consequently, whitebark pines often grow in a clump with several other trees, all originating from a single nutcracker cache of two to 15 seeds.

Unfortunately, the whitebark pine has been classified as endangered by the International Union for Conservation of Nature (IUCN) and the Species at Risk Act (SARA). This tree has experienced a severe population decline primarily due to biotic disturbances that have become increasingly worse over time due to something called blister rust and mountain pine beetle outbreaks. 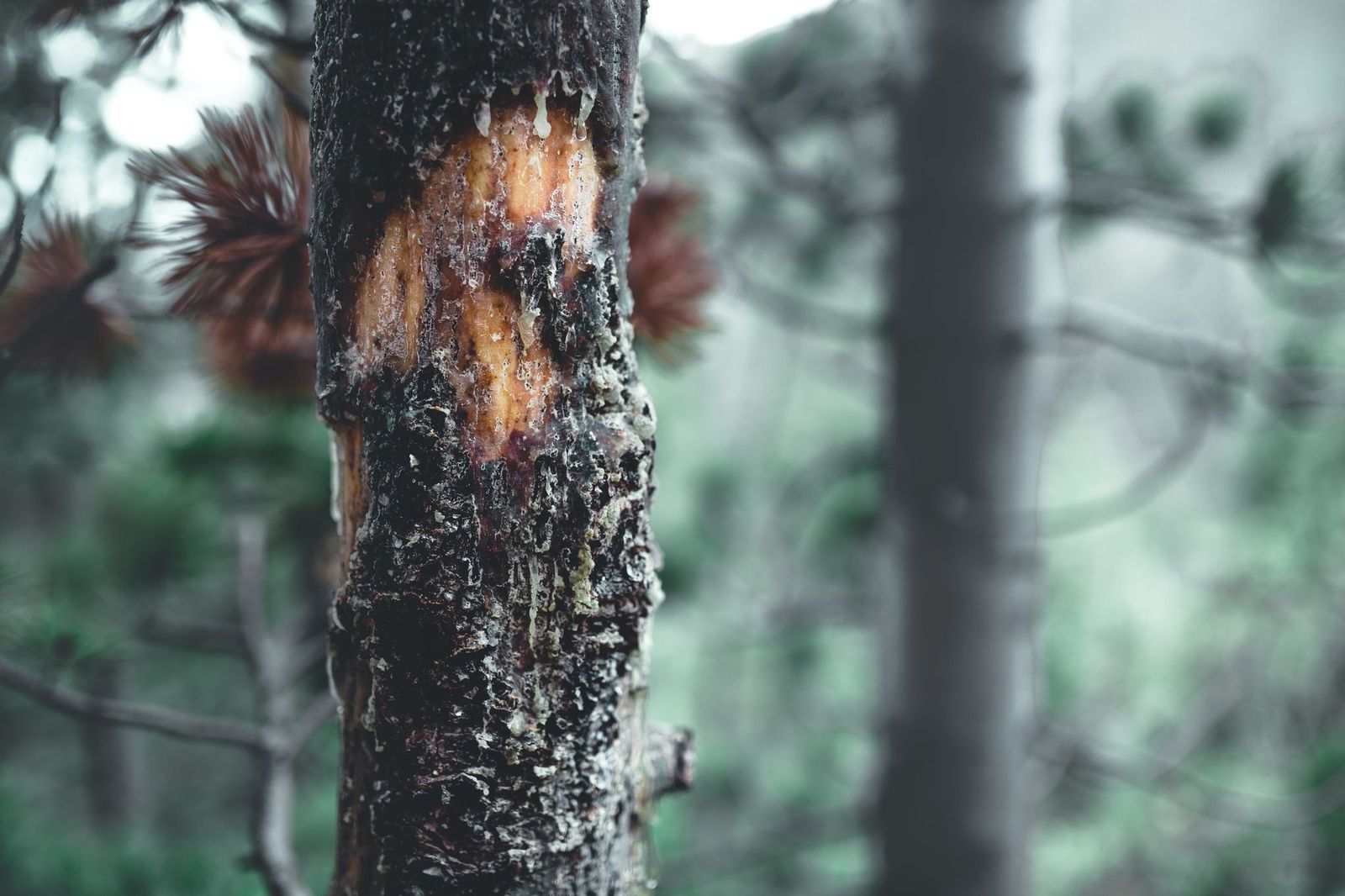 White pine blister rust (Cronartium ribicola) is a fungal disease that was introduced from Europe. Once a tree becomes infected, the mortality rate is high, and this disease has been devastating for whitebark pine forests. The population is expected to be cut in half by the end of the century. Currently, there is no effective method for controlling the spread of the fungus, and the natural regeneration of whitebark pine can’t keep up with the number of dying trees.

Fortunately, 1 in 10,000 trees have a genetic resistance to the disease and at these national parks, we’re planting blister rust-resistant whitebark pine seedlings. This will help the whitebark pine population recover, adapt, and preserve these alpine ecosystems. 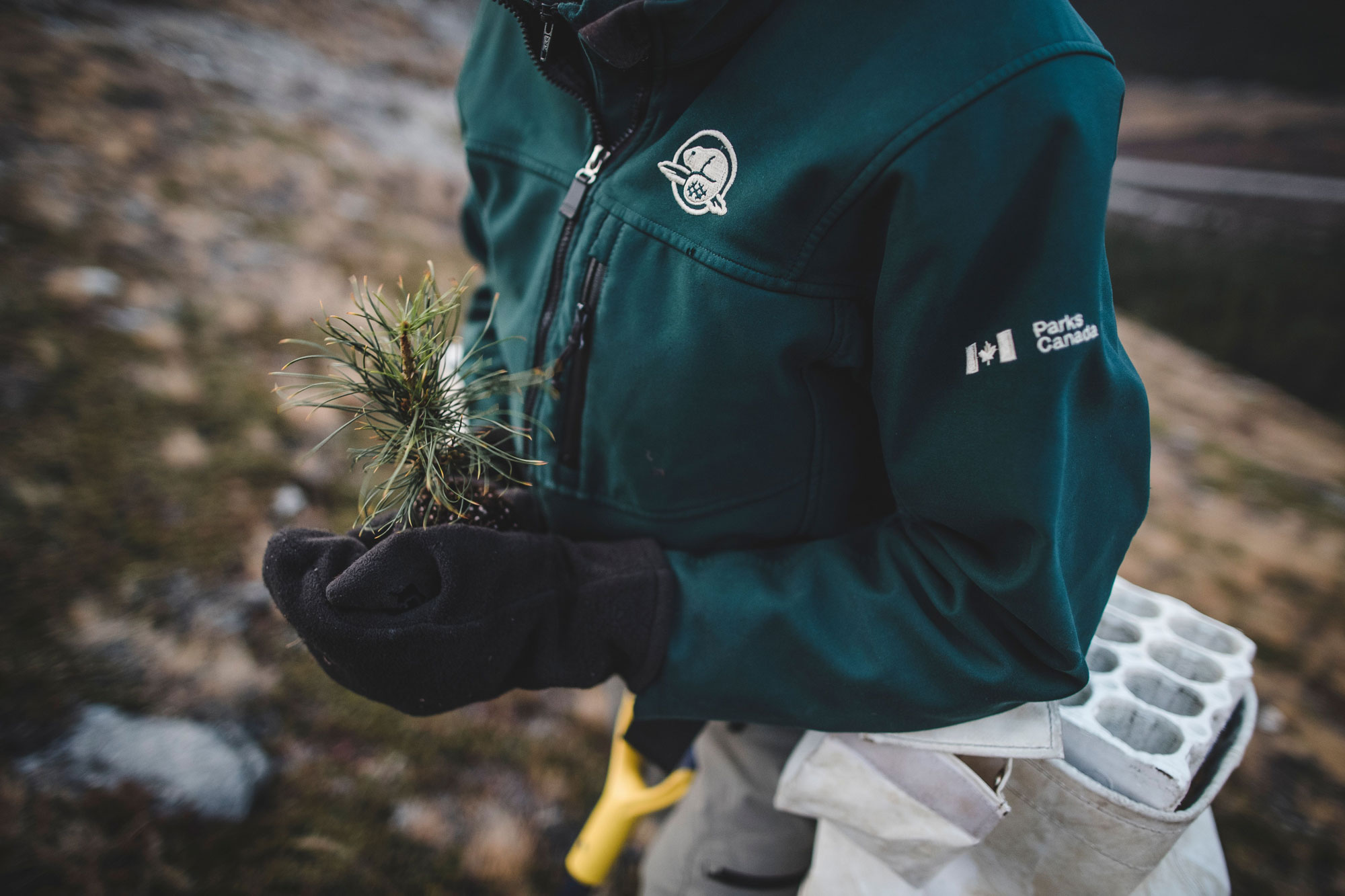 We’ve partnered with Parks Canada, the Canadian agency that oversees the protection and management of our national parks, to reach out and encourage people who visit the parks to help protect these symbolic pine trees. For the past two decades, Parks Canada has led this project intending to restore and protect the whitebark pine in national mountain parks.

The project involves a wide range of initiatives, including collecting whitebark pine seeds and then producing, planting, and monitoring seedlings that are naturally resistant to blister rust. 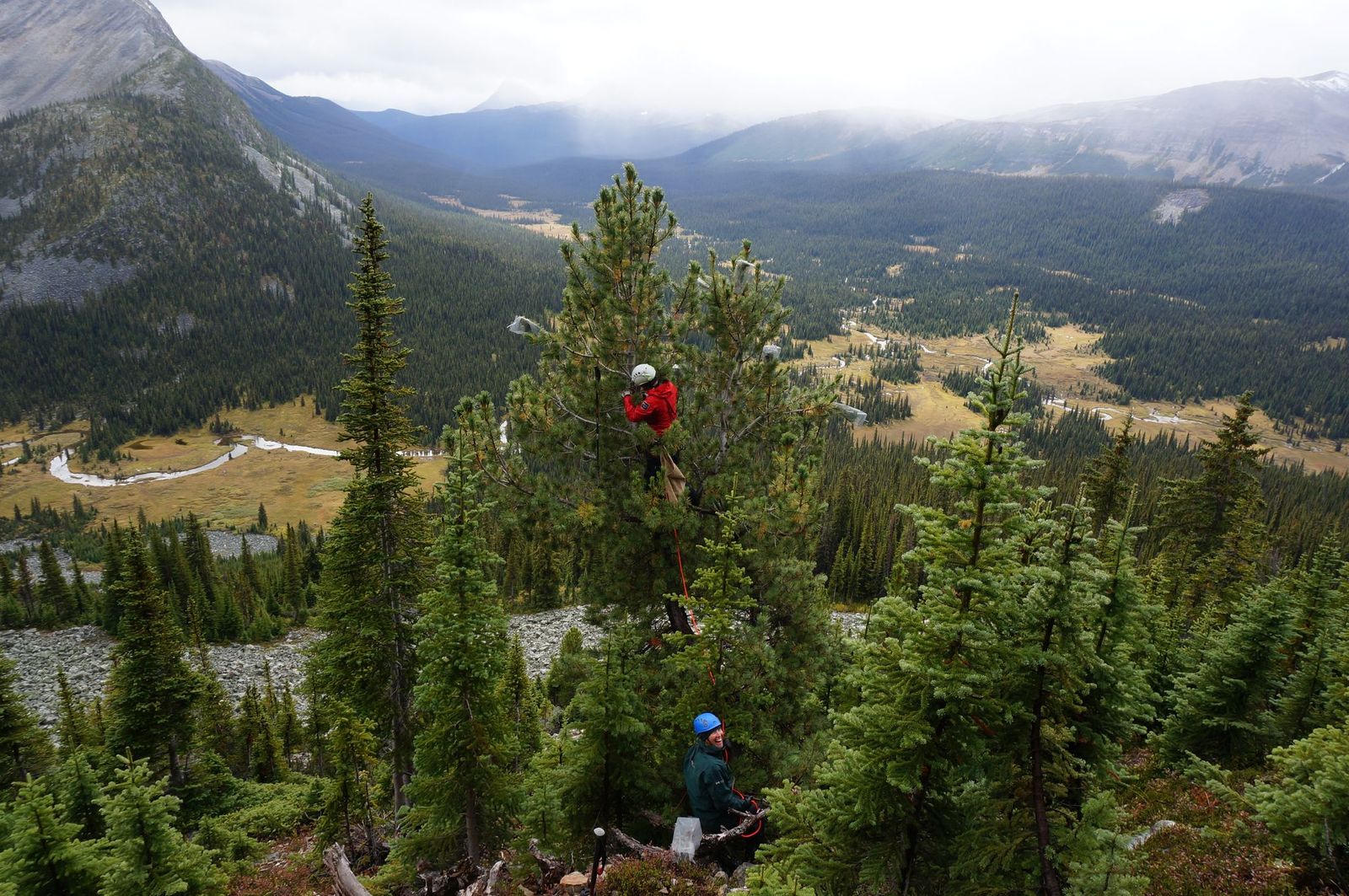 In October, Parks Canada staff travel up to the treeline in search of whitebark pine trees that produce cones and survive in a stand (group of trees) affected by blister rust. Surviving in these stands shows staff that the tree’s DNA is resistant to the disease. Once they’ve located these trees, they put a protective cage around the cones to ensure that they won’t be eaten or become lost. Since these trees are located in subalpine areas —it can take anywhere from 3-12 hours to hike to the planting sites.

One year later when the protected cones have mature, Parks staff hike back up to collect seeds from the cones by climbing the trees using ropes and harnesses. Scientists test the seeds they harvest to confirm if they are resistant to blister rust. The resistant seedlings are grown at local nurseries for two years until they’re hearty enough to survive planting.

Once mature enough, seedlings are brought back into the forests and planted by veteran Parks staff to ensure survival. In some cases, the trees have to be delivered by helicopter because the locations are so remote. It would take an incredible amount of time and resources to hike thousands of trees up to these high elevations.

Parks Canada has planted more than 27,000 rust-resistant seedlings in the Mountain National Parks of Alberta and British Columbia since 2016, along with 3,500 rust-resistant whitebark pine seeds. 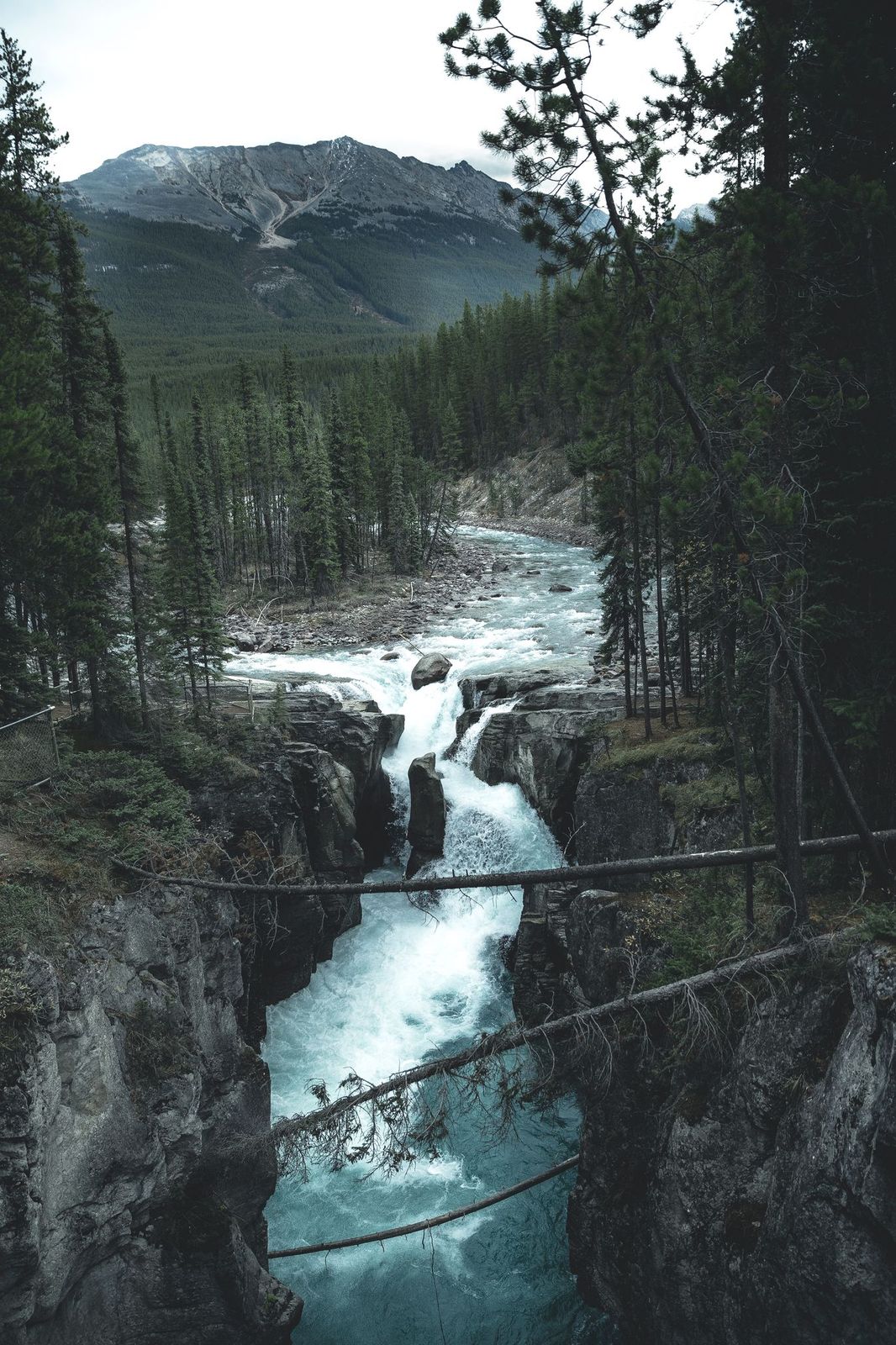 Here are the SDGs that we’re addressing in our AB and BC park sites:

#14 Life Below Water: Conserve and sustainably use the oceans, seas, and marine resources for sustainable development.