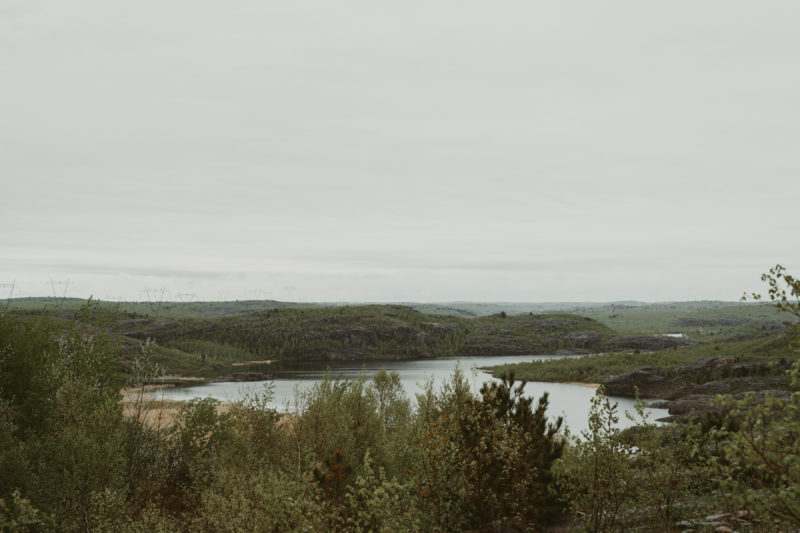 This site is located in and around the City of Greater Sudbury (CGS), the largest city by population in Northern Ontario, Canada. The area’s geography is hilly and has over 300 small lakes. At 46 degrees North, Sudbury has long cold winters and is a zone where the deciduous forests of Southern Ontario meet the Northern Boreal forests. 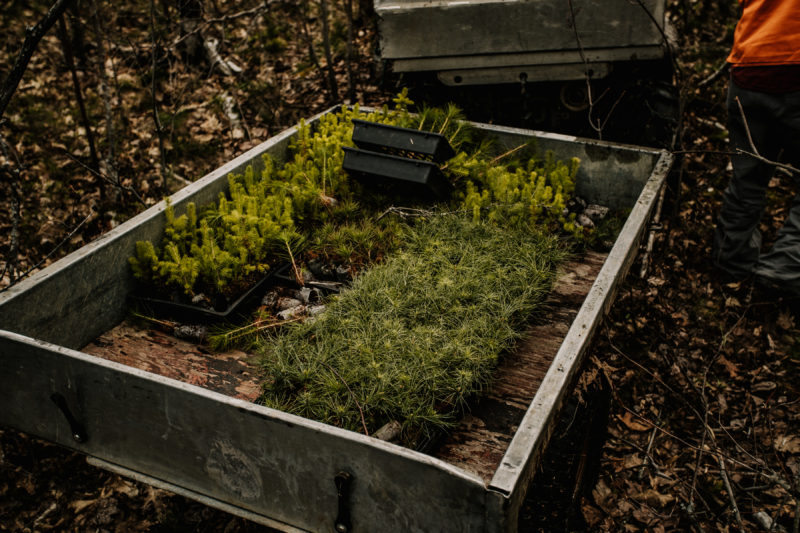 Red Pine and White Pine (Pinus strobus) used to make up much of the original forests. They provide nesting and perching habitats for birds and bears, and their cones are food for birds.

Green alder is also a pioneer species thriving in full sun and poor soils, and plays a key role in helping restore soils. This species enriches soil with nitrogen through special nodules on its roots. Its deciduous leaf litter also adds valuable organic matter to the top soil.

Why Plant Boreal Forests In Sudbury? 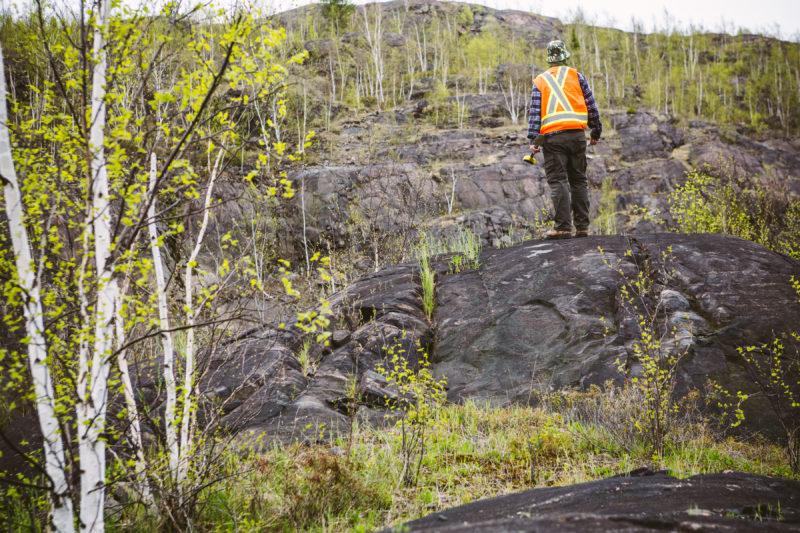 Just four decades ago, Sudbury became synonymous with the word ‘moonscape’, referring to the barren landscape left in ruins after the mining boom in the early 19th century. But before the 1870s, old forests were dominated by large white and red pines that covered the area.

First, lumbering took out the largest trees. Then the discovery of copper and nickel ore in the 1880s led to the removal of even more trees to help fuel ore smelting. The sulphur dioxide emissions from smelting were especially harmful to plants, resulting in large areas of dead forests.

Without the protective cover of vegetation, the soil quickly eroded from the hillsides, leaving only exposed bedrock that became blackened by smelter gases. Smelting also released metal particles into the air which landed and accumulated in the soil, making the soil toxic to plants. As a result, over 82,000 hectares (that’s 202,630 acres) in Greater Sudbury were left in a barren or semi-barren state. 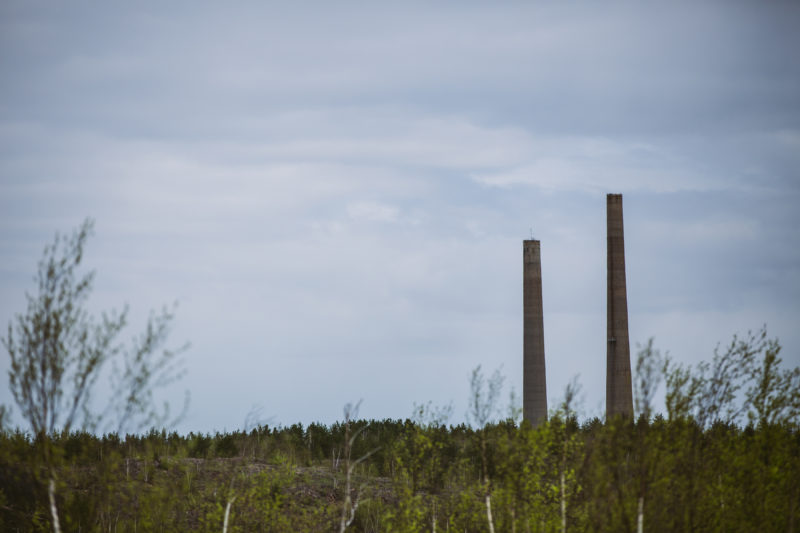 Few plants could survive these conditions. Most couldn’t take root due to the frequent ground-level clouds of sulphur dioxide and to the elevated levels of metals in the soil. Government regulations, construction of the famous ‘Superstack’ chimney — built in 1972 to disperse sulphur dioxide and other pollutants away from the area — and continuous improvements in smelting processes have resulted in over a 90% reduction in sulphur dioxide levels from levels in the early 1970s, but there is still work to be done to reverse the historical devastation. 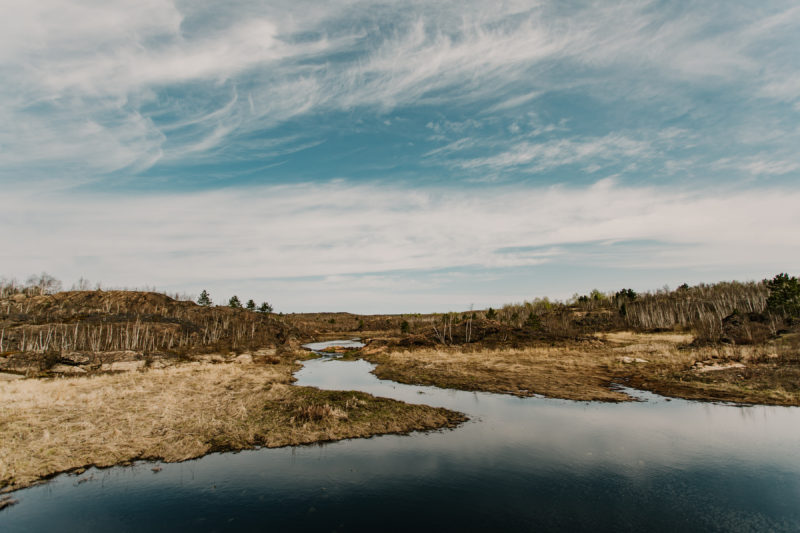 The conversion of forest to rock barrens greatly impacted the function of the local ecosystems. Loss of the forests has resulted in extensive soil erosion, with the spring melt washing the valuable organic topsoil into valleys, lakes, and streams. Tree cover in a watershed not only helps stop erosion by binding soil in place, but also helps to regulate the water cycles. The vegetation helps soak up and filter the rainwater. CGS has 330 lakes within its municipal boundaries that many residents use as drinking water, fishing opportunities, and other recreational uses.

Lakes located in the barren areas are still suffering due to lack of organic matter from fallen leaves, tree trunks, and woody debris in the water. These elements greatly increase the food and shelter for aquatic organisms, including several fish species. 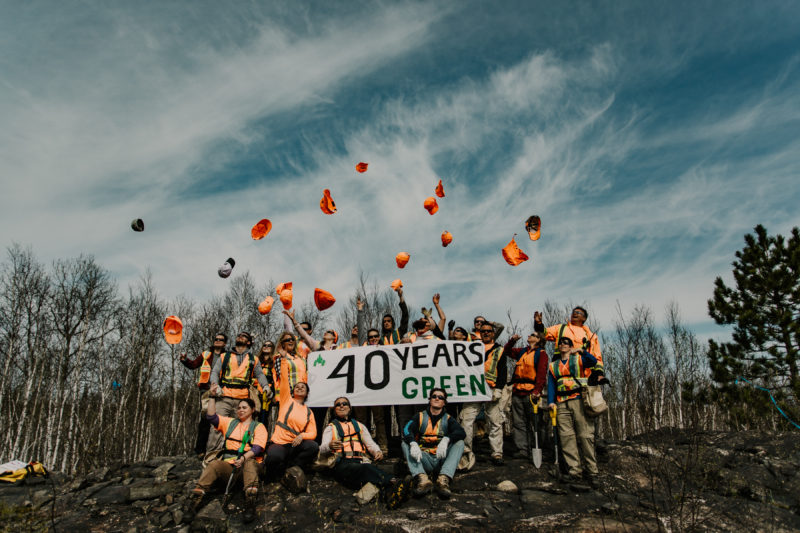 Since 1978, the City of Greater Sudbury’s Regreening Program has been spreading crushed dolomitic limestone to decrease soil acidity, which firmly binds metals to soil particles making these metals unavailable for uptake by plants. With reduced sulphur dioxide levels in the air and decreased metal availability in the soil, plants were now able to colonize and grow.

The Regreening Program has also planted 9.5 million seedlings of pines and spruces, and more recently, deciduous trees and shrubs. Recovery of local ecosystems is now underway and young forests are slowly developing across much of Greater Sudbury’s rock barrens. 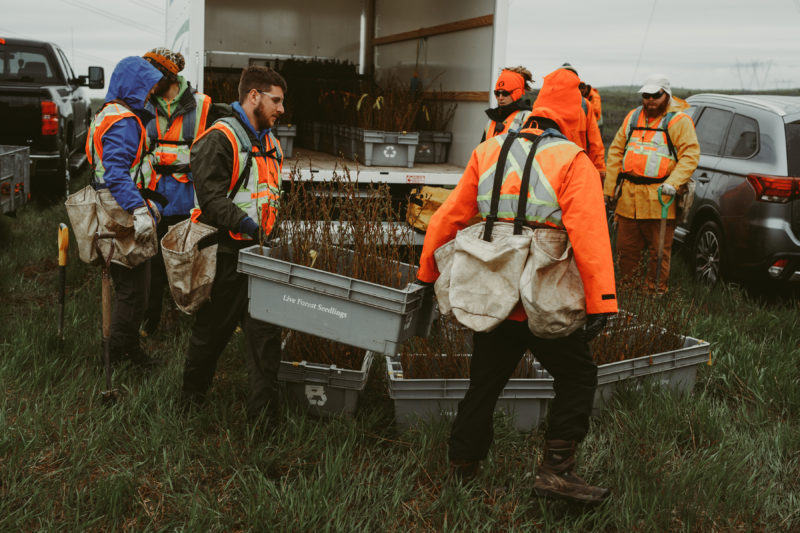 Despite all the hard work, recent calculations reveal that 35,000 hectares of land have received no treatment at all. Without any human intervention, it could take centuries for forests to develop on their own.

Sudbury has been an active planting site for tentree since our early years. As a Canadian company we’re proud to consistently support the planting in Sudbury as part of the city’s Regreening project. This project is an incredible collaboration between local communities, government, scientists and the mining industry that’s transforming a contaminated barren landscape into a rejuvenated forest ecosystem. 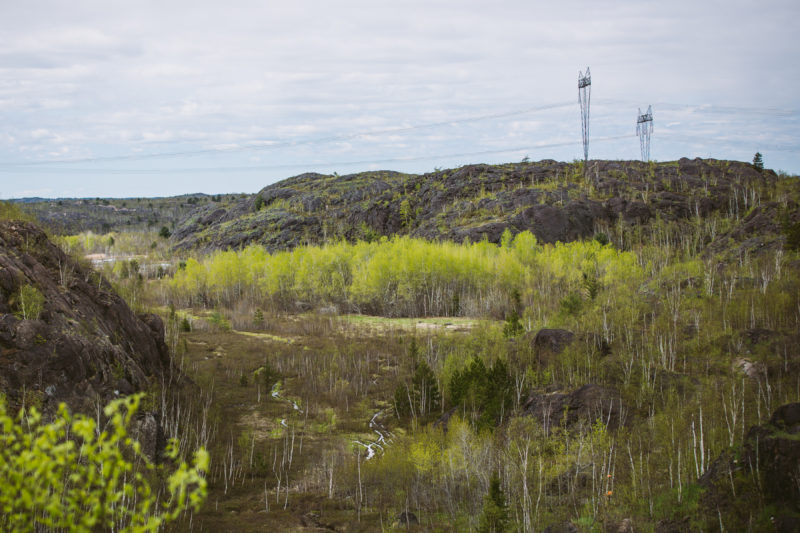 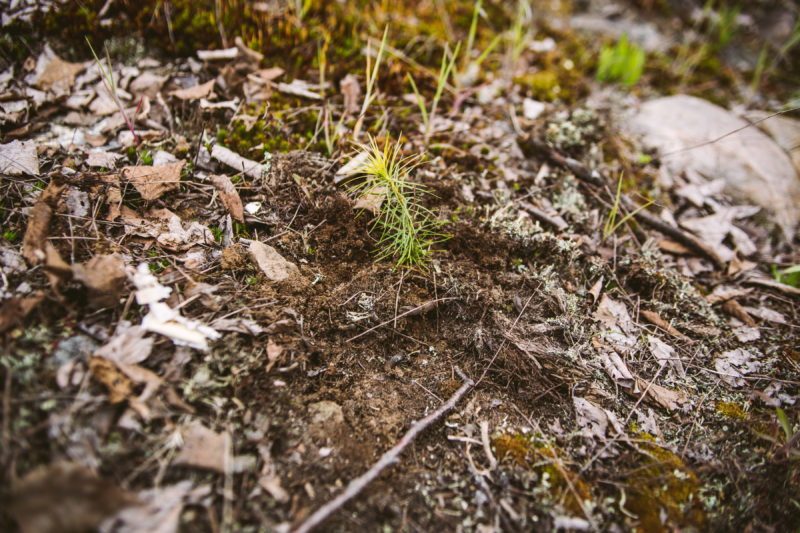 Here are the SDGs that we’re addressing in our Sudbury site:
#11 Sustainable Cities and Communities: Make cities and human settlements inclusive, safe, resilient, and sustainable.
#13 Climate Action: Take urgent action to combat climate change and its impacts by regulating emissions and promoting developments in renewable energy.
#14 Life Below Water: Conserve and sustainably use the oceans, seas and marine resources for sustainable development.
#15 Life On Land: Protect, restore and promote sustainable use of terrestrial ecosystems, sustainably manage forests, combat desertification, and halt and reverse land degradation and halt biodiversity loss.