We've Started Planting In Indonesia! Here's How Your Trees Will Help

In the last 6 years, tentree has planted over 30 million trees in a handful of different countries. We’re always excited to add another country to the tentree family!

In the last 6 years, tentree has planted over 30 million trees in a handful of different countries. We’re always excited to add another country to the tentree family! Soon, we will be officially launching our newest project – Indonesia! For the last year, we have been working in partnership with Eden Reforestation Projects to fund the launch of this new project nation. Together, we will be focused on providing much needed employment and restoring endangered ecosystems.

Indonesia is a large archipelago consisting of more than 17,000 islands. Some of these islands are large, others quite small. Because the nation is comprised of so many islands, it bears the distinction of being one of the most biodiverse nations on Earth. Around 12% of the world’s mammal species, 16% of the world’s reptiles and amphibians, 17% of the world’s birds and 25% of the world’s fish species call Indonesia home.

Of course, having so many of the world’s species means that Indonesia is home to many of the world’s endangered species, like the Javan Rhinoceros, Sumatran Elephants, and Orangutans. In Indonesia alone, nearly 70 million hectares of forest have been lost to logging, as well as countless species. By replanting forests in Indonesia, we’re helping to preserve important habitats for a huge variety of animal species.

Animals aren’t the only ones who benefit from these trees. Indonesia is home to more than 40 million rural-living people who often rely heavily on the natural environment for their livelihoods. Fishers, for example, rely on wetland ecosystems like coral reefs, mangroves, and sea grasses to offer habitat for the fish they need to make a living and feed their communities. As trees like the mangroves are lost, these wetland habitats are lost as well, making catching the fish more difficult.

Our primary planting site is Biak Island, which is located on the northern coast of West Papua. Biak Island was chosen due to how prone it is to natural disasters, like flooding from tsunamis and storms. Replanting mangrove trees is essential to reducing the impact of this flooding, and as mentioned above, creates a safe nursery for schooling fish and improving the livelihoods of local fishers.

Here’s some of our first footage from our planting partners on the ground in Biak: 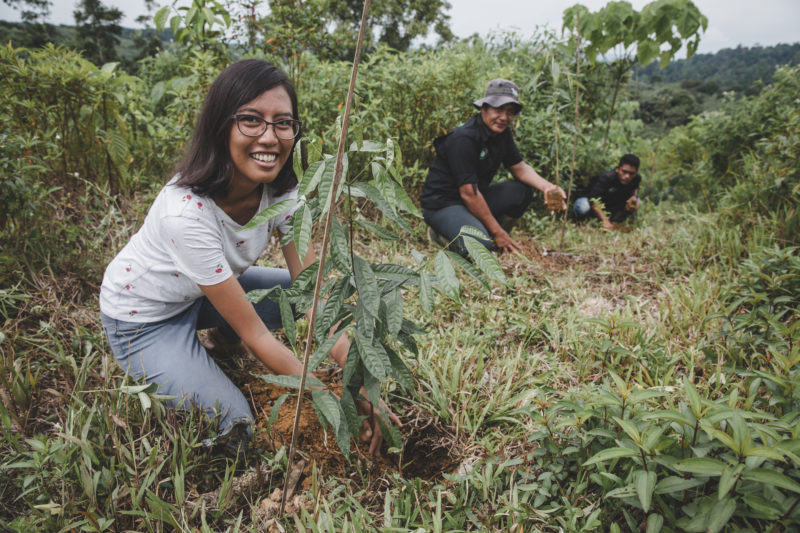 To date, tentree has provided Eden Reforestation resources for tree planting efforts in Indonesia. These efforts include the restoration of mangroves, tropical forests, as well as agroforestry. These efforts have been focused on two locations: mangrove restoration on the eastern edge of Biak Island near Mnurwar and a partnership with the village of Korem to plant pineapple trees, mangroves, and tropical forest.

Our planting site near Mnurwar 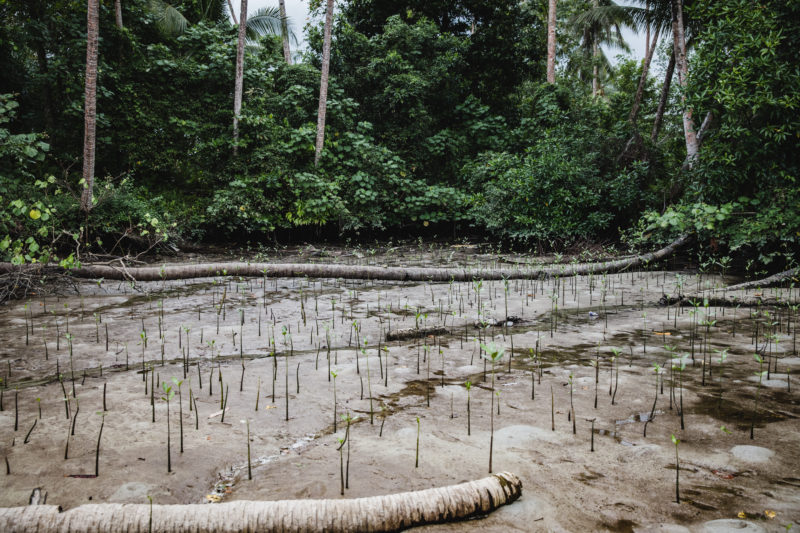 Stay tuned for more information on our Indonesia planting projects! You can read more here.